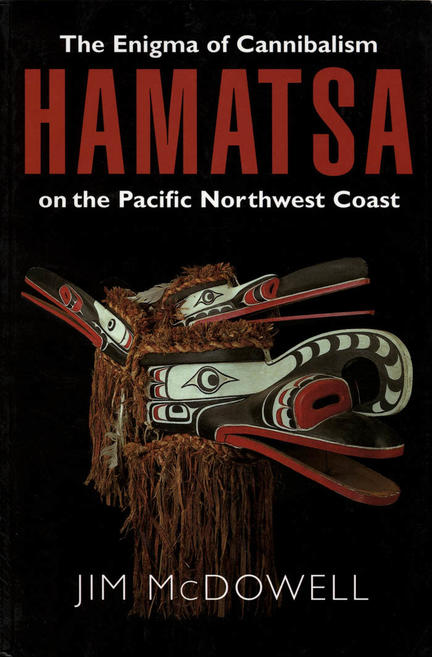 The first book-length study of whether cannibalism existed on the Pacific Northwest coast. McDowell shows how a "cannibal complex" among Westerners coloured many early accounts of "man-eating," and how this perception obscured the importance of ritual cannibalism in the secret Hamatsa ceremony—a crucial feature of Native spirituality.

Jim McDowell is a veteran British Columbia historian. His first career was teaching, which took him into classrooms from northern California to Seattle, New York City, and Vancouver. He taught elementary school in California and Washington, worked as an inner-city education consultant in Harlem and Brooklyn, and educated teachers at Simon Fraser University. McDowell also worked for 20 years as a freelance writer and independent reporter; he wrote hundreds of newspaper and magazine articles for Canadian and U.S. publications. McDowell has three published books: Peace Conspiracy: The Story of Warrior-Businessman Yoshiro Fujimura (McBo, Irvine, CA 1993), a partial biography of a once obscure Japanese naval commander; Hamatsa: The Enigma of Cannibalism on the Pacific Northwest Coast (Ronsdale, Vancouver, BC 1997), an investigation of the existence of cannibalism among early Northwest Coast Native people; Josè Maria Narvaez: The Forgotten Explore (Arthur H. Clark, Spokane, WA 1998), the first full life story of the Spanish-Mexican navigator. This year, McDowell is looking forward to the publication of Father Augustin Brabant: Saviour or Scourge? by Ronsdale. It will present a thorough, unvarnished biography of the first Catholic missionary to work on Vancouver Island during the colonial period. McDowell is also working on two other books: one about birdsong, which uses folktales from around the world to probe the possible psychological significance of bird songs for human beings; another about walks for seniors and families.

“One of the 100 most important books on British Columbia.” —Alan Twigg

Hamatsa: The Enigma of Cannibalism on the Pacific Northwest Coast

This is the first book-length study of the contentious question of whether cannibalism existed among the coastal Aboriginal peoples of British Columbia. McDowell shows how a “cannibal complex” among Westerners coloured many early accounts of “man-eating” and how this perception obscured the importance of ritual cannibalism in the secret ceremony, which, according to the author, is a crucial feature of Aboriginal spirituality.

Other titles by Jim McDowell