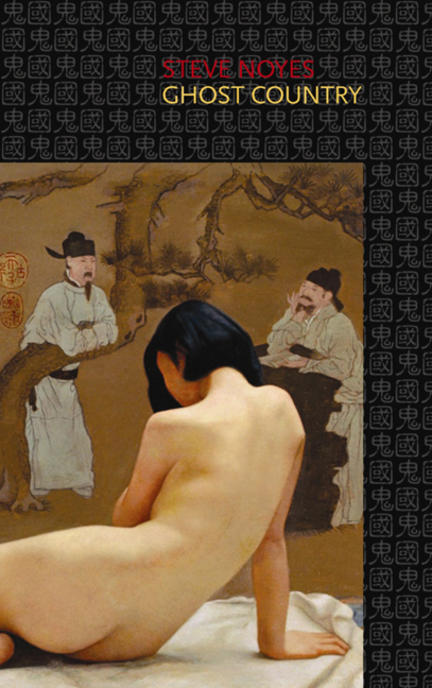 "In a sober and carefully understated voice I say: this is a damn good poet." -- Al Purdy on Backing into Heaven

Ghost Country enters the difficult electric air between cultures and lovers, alive to the fierce exoticism of desire but also to its confusions, its political and personal dissonances. Set in contemporary China, these poems spring from the intense anguished observations of the lover of a culture who is also, inescapably, the outsider. Lyrical, candid, tough, they are rooted in a passionate honesty that refuses to sentimentalize or look away. In Steve Noyes we have a writer who has steadily hewed to his own course, producing writing with its own unforgettable tang.

I turned from you. One look back
your face wet, eyes downcast
then one look back ramified, became
a city of return, where mind as emperor
holds court endlessly with the heart.

From "The Middle Kingdom"

"Ghost Country is not so much a book of poetry as the rangefinder of an exquisite camera, in which two worlds merge to form a single, rich vision. To read this book is to walk into this vision, to breathe its air, to speak its language. It's a journey worth taking, one that will linger long after the last page is turned." -- Terence Young

Steve Noyes has published two previous books of poetry, Backing into Heaven (1986), and Hurriya (1996), as well as Cities of India, a collection of short fiction. Of Hurriya, Stan Dragland observed that it was a "luminous and unusual book". Noyes taught English at Qing Hua University in Beijing and in Dong Yan Jiao, a small town outside Beijing, in 1997-1998. He grew up in Winnipeg and lives in Victoria, BC.

Books that travel to lands near and far