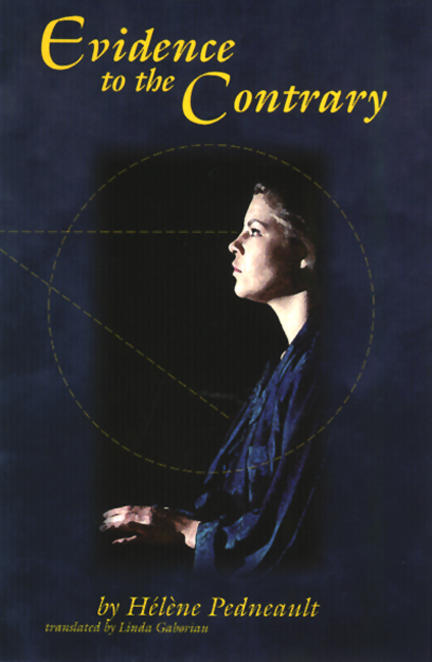 Lena Fulvi has been arrested for the murder of her mother. She insists it was an accident, but she has been accused by a nurse in the hospital who saw her do the deed. Her sisters willingly testify against her. But the Inspector questioning Lena is not convinced that it is an open and shut case. He probes the pain and darkness that Lena conceals beneath a sophisticated veneer, embarking on a journey with her that changes them both.

Since its Montreal premiere in 1988, La Déposition (Evidence to the Contrary) has had over 150 performances in Québec alone and has had considerable international success. Readings at the Soho Repertory and Double Image theatres in New York in 1989 were followed by a Dutch translation and performance in Amsterdam in 1990. The play toured France in 1991 and was published there by Editions Actes Sud. It was staged at the Avignon Festival in both 1991 and 1993 and was translated into German and broadcast on German radio in 1993. In 1994 it went into production in London, and was translated into Spanish and Italian.