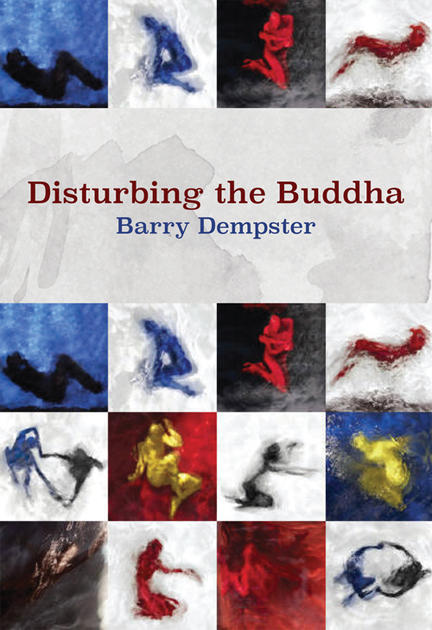 A beloved poet explores why life is so rich, even at the worst of times.

Disturbing the Buddha, Barry Dempster's fifteenth collection, is disarmingly conversational and, like the best conversations, it moves between reverence and irreverence, sincerity and irony as it grapples with love, loss, loneliness and simple lack of luck — the "three-leaf clovers" so much more plentiful than the four.

Dempster's wit and playful metaphoric turns let us take for granted the courage needed to admit to life's ongoing intensities, disruptions, and indignities. In these poems, a forty-year-old man dons a pink plastic crown on his niece's order; a solitary man watches a Nicole Kidman rom-com with his cat; an aging Aphrodite, more mortal than god, suffers hot flashes. Like the mystic poets he addresses in the book's final section, Dempster respects the unknown as he comes to terms with the ups and downs of the all-too-human condition.

Shifting effortlessly from light-hearted ode to solemn elegy, Dempster offers no touch-up jobs; instead we find a love of the flaw, a generosity toward it even as he exposes it. This is a poetry of inclusiveness, engaging both our better and worse angels, baring its Achilles' heel and trusting us to do likewise.

?Heaven
is a still life in a Motel Six
non-smoker. — Tonight
you'll sleep in a clearing
that won't be there come dawn. (from "Lao-Tzu")

"Few if any poets encompass the range, the dynamism, and the spectrum of emotional colours Barry Dempster does?" — Canadian Authors Association Chalmers Award Jury Citation