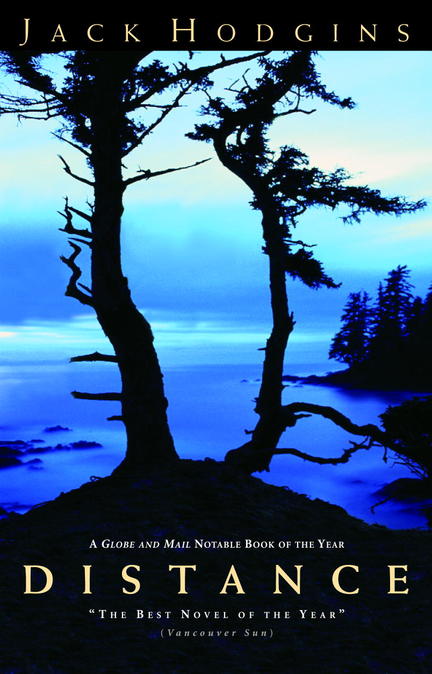 A Globe and Mail Notable Book of the Year

Sonny Aalto, a restless middle-aged businessman, has spent his life running away from those closest to him. When his estranged, larger-than-life father, Timo, becomes too sick to care for himself, Sonny reluctantly returns to his childhood home of Vancouver Island, where he learns his father is not only dying but wants to die on his own terms – with Sonny’s help. But before facing the gravity of what’s ahead, the two embark on a journey to Australia, in search of a woman from their past, and over the course of the next few months their adventures will reveal difficult truths about fathers and sons, about families, about how we live and how we die – and about the good and bad things that distance can sometimes provide. Wise and irreverent, deeply moving, at times comic, and with vivid settings ranging from the frozen banks of Ottawa’s Rideau Canal to the lushness of Vancouver Island, from the bustle of downtown Sydney to the sun-baked desolation of the Queensland outback, Distance is Jack Hodgins’s most rewarding novel to date.

“Look,” his father said. “You better brace yourself for something here.” He stabbed a second forkful of salad and ate it while Sonny waited. He was already braced. Being braced and stiff was the only way he could keep his body from sliding into a natural sprawl. “I didn’t say nothing before. I wanted to get away from that hospital first. About the Tests.” He chewed and swallowed, his sharp Adam’s apple shooting up and down.

The chill that had been growing all afternoon in Sonny’s bones took on an identity now. “You sure you want to talk about this?”

“Keep eating. You don’t want the cook to yell at us. The doc, he didn’t want me to leave – whatever he said to you. There’s a whole rigamarole of things they want to do. I threatened to raise hell if he told you himself, so he said he’d wait a day or so before he phones.”

“He’ll want to twist your arm to take me back. The sonofabitch gives me half a year at the most.”

Sonny’s brain was hearing now what his body must have known already. He pushed back his chair. “What are you talking about? What’s the problem?”

Not wanting to know – or rather, not wanting to hear. But here it was, it had arrived, the mountain falling on their heads.

“It don’t matter what the problem is. At my age it’s nobody’s business what I die of.”

The old man could be lying. “Okay, it’s nobody’s business, but if you want me to believe you you’d better give it a name.”

“Eat! Eat! Let’s put it this way. If I stood up right now and pointed to where the goddam problem is that fellow in the penguin suit would throw me out.” He turned his face away, as though from something distasteful. “Old Man Trouble. Gone too far to stop.”

There was another reason for a son to express indignation while he held his inner reactions at bay. “And you’re just going to let it happen?”

“Keep eating or they’ll be over here hounding us about what’s wrong with their food. This is why I never said nothin’ before. If you try to take me back I’ll throw myself under a truck.”

His father kept his gaze on something in the valley mist below them. “I’m eighty-five years old. Did you think I was gonna outlive you?”

Sonny picked up his fork and poked at the greens. “Why would a doctor put a date on it?”

Why sound incensed about a date? Did he believe that if he faulted the doctor’s prognosis this would throw doubt on his diagnosis as well? Of course there was no purpose to the question except to shift a little off a topic about which there was nothing really you could ask.

“The bastard didn’t want to tell me how long I had.” Apparently this was worth a chuckle. “He quoted statistics – you know what they’re like. But I nagged until I wore him down. I took him through a guessing game until he finally threw up his hands and said, Okay then, six months.” The old man was clearly pleased with himself. “He was so fed up with me by this time, he made it sound like a curse.”

For a few moments there was silence while they both stirred their forks in the salad. Other diners murmured predictions of more palatable futures. Sonny Aalto had the feeling that if he permitted silence while he adjusted to this shock he’d be in danger of discovering something about himself he didn’t want to know.

“So what are we going to do about it?” There was still the possibility the old man could add: But if I rest and take my medication I could last another decade. “You can’t just do nothing.”

Timo Aalto drew lines in the tablecloth with the tines of his fork. “I have a few things figured out.”

“We don’t have to talk about this now.”

“We do have to talk about it now. We have to make some decisions.”

“The decisions are mine to make,” his father said. “When we get home we’ll rest up for a day or so and then get back in your car and keep going.”

“To the end.” When he saw that Sonny didn’t understand, he added, “Cape Scott.”

Cape Scott was the northern tip of the island, three hundred kilometres of highway north of home. There's no hospital at Cape Scott, he almost said. Did his father mean that he wanted to explore all the side roads to the north? Sonny didn’t want to think how many there would be.

“I mean to the cape itself. Where you can see the waves coming in from both sides at once.”

The waiter brought their entree, a circle of overlapping slices of roast venison with a juniper-berry-and-mushroom sauce. Sonny looked at his plate but did not pick up his fork. Nor did he make any comment about the few tiny vegetables at the edge of the plate – slivers of red pepper, carrots the size of sinus-congestion capsules. He felt as though he were still down one of those unfamiliar roads discovering no way out.

“Without equivocation, Distance is the best novel of the year, an intimate tale of fathers and sons with epic scope and mythic resonances.… A masterwork from one of Canada’s too-little-appreciated literary giants.”
–Vancouver Sun
“A glorious, funny, redemptive look at the losses of faith we all suffer as we grow older and our need to still try to hold on to what matters.”
–David Adams Richards
“It is, simply, a fundamentally human tale stunningly told.… It’s funny and touching, with a hard-earned sentimentality that rings utterly true.”
–National Post
“[Distance has] a universal theme that will resonate with readers everywhere.… Hodgins is an expert storyteller. His descriptions of Australia’s harsh, magnificent outback are as compelling as his view of Vancouver Island. Distance is a terrific read.…”
–London Free Press
“Jack Hodgins’s Distance seems to pull all of his extraordinary range of experience together into one maddening, masterful whole.… By turns harrowing and hilarious.… A beguiling combination of the highly unlikely and the inevitable – mirroring the strange alchemy of real life.… Hodgins has a rare gift for creating characters at once familiar and larger than life.… Hodgins continues to live up to his billing as one of the finest
–Vancouver Sun
“Hodgins’s stories have always displayed a remarkable energy of language and invention. His style here is supple, natural, familiar. This is a highly skilled and experienced writer.…[Hodgins has] a master’s effortless evocations of place, West Coast and antipodean.”
–Greg Hollingshead, Globe and Mail
“Jack Hodgins takes the traditional themes of a quest for identity and relationships and creates refreshing insights.… Hodgins presents the ordinary in an extraordinary way.…”
–Winnipeg Free Press
“Distance is a masterful blend of humour and seriousness, and of the ugly and the beautiful. Hodgins brings an inventiveness to what might have been a po-faced family saga in less innovative hands. It’s this quality – the freshness of the characters and narrative – as well as the depth of feeling in the novel that makes Hodgins’s reputation so well-deserved.”
–Uptown Magazine
“An often hilarious, bittersweet romp.…”
–Ottawa Citizen
“It is a quest that shimmers with surrealistic and yet fully believable incidents.”
–Toronto Star