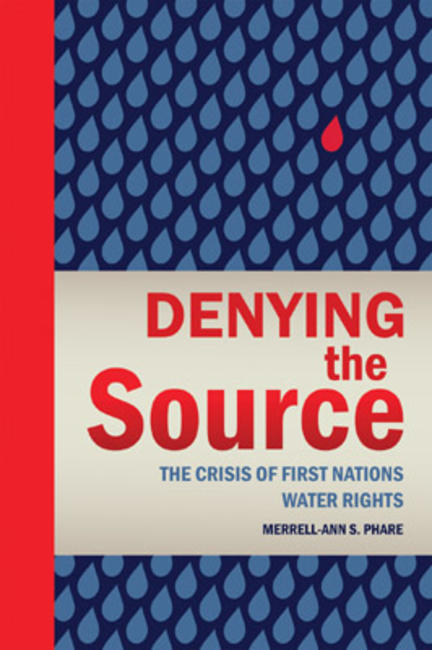 First Nations are facing some of the worst water crises in Canada and throughout North America. Their widespread lack of access to safe drinking water receives ongoing national media attention, and yet progress addressing the causes of the problem is painfully slow. First Nations have had little say in how their waters are, or are not, protected. They have been excluded from many important decisions, as provinces operate under the view that they own the water resources within provincial boundaries, and the federal government takes a hands-off approach.

The demands for access to waters that First Nations depend upon are intense and growing. Oil and gas, mining, ranching, farming and hydro-development all require enormous quantities of water, and each brings its own set of negative impacts to the rivers, lakes and groundwater sources that are critical to First Nations. Climate change threatens to make matters even worse.

Over the last 30 years, the courts have clarified that First Nations have numerous rights to land and resources, including the right to be involved in decision-making. This book is a call to respect the water rights of First Nations, and through this create a new water ethic in Canada and beyond.

Merrell-Ann S. Phare is a member of the Forum for Leadership on Water (FLOW), which published “Changing the Flow: A Blueprint for Federal Action on Freshwater.” She is also a legal advisor to the Assembly of First Nations regarding water matters. Merrell-Ann serves on numerous advisory committees and consultation bodies on behalf of the Centre for Indigenous Environmental Resources (CIER), including the Expert Advisory Committee to the National Round Table on Environment and Economy (NRTEE), the Regulatory Advisory Committee of the Canadian Environmental Assessment Agency and recently finished two three-year terms on the Joint Public Advisory Committee (JPAC) of the NAFTA Commission for Environmental Cooperation. She was a member of the 2005 Lake Winnipeg Implementation Committee and the 2003 Manitoba Task Force on Emissions Trading and the Manitoba Economy. She has been a member of Canada’s delegation to the United Nations’ Commission on Sustainable Development, and represented the Assembly of First Nations on Canada’s delegation to the first meeting of the parties to the Kyoto Protocol. She is also a member of RBC’s Blue Water Advisory Panel, which advises the Royal Bank on water matters and, in particular, distribution of its $50-million Blue Water Fund.

This book is a call to respect the water rights of First Nations, and through this creates a new water ethic in Canada and beyond.—Christine's Blog

Other titles by Merrell-Ann Phare

Learning to Value What Matters Most