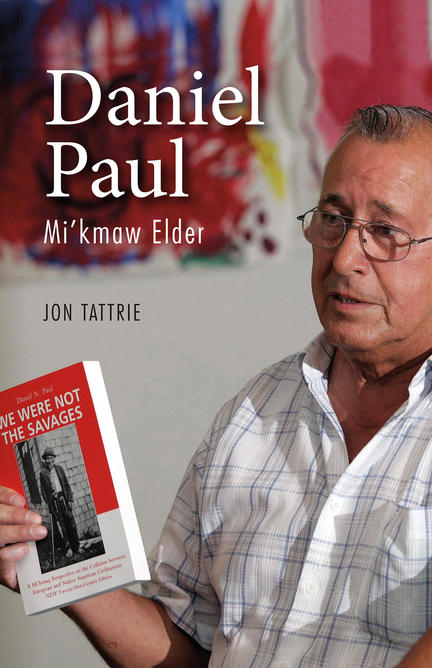 Now, for the first time, here is the full story of Daniel Paul’s personal journey of transformation, a story that will inspire Canadians to recognize and respect their First Nations as equal and enlightened civilizations.

Born in a log cabin during a raging blizzard on Indian Brook Reserve in 1938, Mi’kmaw elder Daniel N. Paul rose to the top of a Canadian society that denied his people’s civilization.

When he was named to the Order of Canada, his citation called him a “powerful and passionate advocate for social justice and the eradication of racial discrimination.” His Order of Nova Scotia honour said he “gives a voice to his people by revealing a past that the standard histories have chosen to ignore.”

But long before the acclaim, there was the Indian Agent denying food to his begging mother. There was the education system that taught him his people were savages. There was the Department of Indian Affairs that frustrated his work to bring justice to his people.

His landmark book We Were Not the Savages exposed the brutalities of the collision between European and Native American civilizations from a Mi’kmaq perspective. The book sold tens of thousands of copies around the world and inspired others to learn history from an indigenous point of view.

He shone a light on Halifax founder Edward Cornwallis through newspaper columns and public debates over two decades, calling on Nova Scotia to stop honouring the man whose scalping proclamations were an act of genocide against the Mi’kmaq.

The Life of Eddie Carvery

The Violent Birth of Halifax