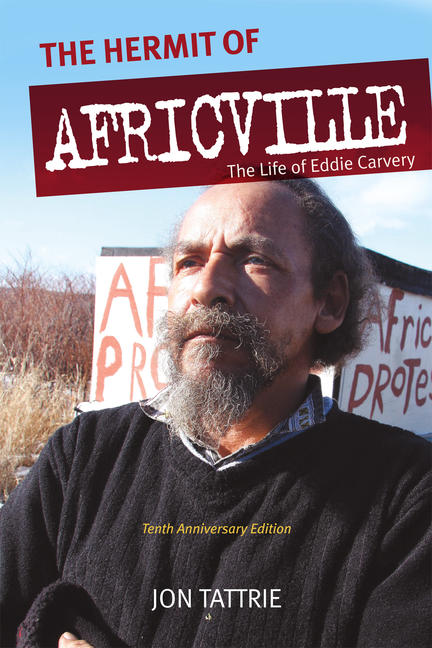 As Black Lives Matter protests swept the world, one of Canada's greatest anti-racism fighters returned to reclaim the Black space and Black history to which he's dedicated his life.

Eddie Carvery's Africville protest reached its 50th year in 2020. He was just 23 when the City of Halifax bulldozed Africville, an African Nova Scotian village on the shores of the Bedford Basin. Under the disguise of "urban renewal" and using lies of a "home for a home," the city destroyed every house and business before finally smashing the church in the middle of the night.

In the city, he found drugs, violence, and ultimately prison. His life was engulfed in tragedy and he hurt those he loved most. But in Africville, the land of his ancestors, he developed a great strength. His mind cleared and he saw the purpose of his life was to stand for Africville.

On a fine summer day in 1970, Eddie walked out to Africville, looked in sorrow at the ruins of his world, and decided to fight back. He pitched a tent and vowed to stay until everyone saw what he saw: that it was racist and wrong to destroy Africville, and that Halifax ought to give it back to its people.

Standing alone in Africville, he endured as racists set fire to his home, shot bullets at him, and tried again and again to drive him off the land.

This updated edition of The Hermit of Africville includes an introduction from Eddie himself reflecting on 50 years of fighting racism and his vision for a Canada that embraces all its peoples.

100% of the royalties from The Hermit of Africville go to Eddie Carvery and his Africville protest.

The Violent Birth of Halifax