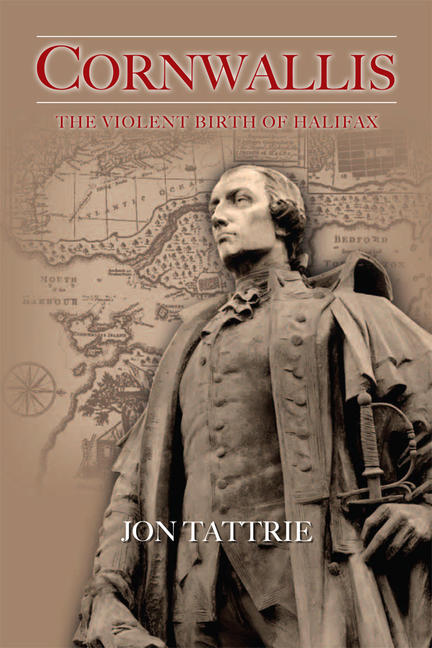 In June of 1749, Edward Cornwallis set into motion events that would determine the destiny of tens of thousands of people stretched across half a continent. His actions in the following three years would also determine the future of not only Nova Scotia, but of the vast land that would become Canada. To the Mi'kmaq people, the British governor stood on their ancestral home of “Mi'kma'ki”- the millennial-old name for the Seven Districts that comprised the main Mi'kmaq government in what is today Nova Scotia, New Brunswick, P.E.I. and parts of Maine. For France, Cornwallis was entering “Acadie”, heartland of New France's territorial ambitions on the New World. For Cornwallis, and for the British crown he represented, it was Nova Scotia - territory France ceded to Britain on paper in 1712, and a land he intended to claim in the flesh with his massive influx of soldiers and settlers. Steeped in a brutal militaristic philosophy he learned in the bloody fields of Scotland's Battle of Culloden, Cornwallis devised a plan to force the Acadians and Mi'kmaq to swear loyalty to his king, be forced off the land, or face massacre. His conquest of Nova Scotia laid the groundwork for the Expulsion of the Acadians and created the conditions that allowed his close colleague, James Wolfe, to claim a final British victory over France in the Plains of Abraham a decade later. His conquest also pushed the Mi'kmaq toward the brink of extinction. But who was Edward Cornwallis? He remains an elusive, controversial figure to this day, but his full story has never been told. This in-depth biography makes use of Cornwallis's own words to tell his story. It also draws on a range of sources to provide a detailed account of his life, with rare first-hand accounts of: o his childhood growing up with the future king of Britain o his rise in the military o the formative Pacification mission he led to successfully suppress Scotland's Highland rebellion o his central role in the birth of Halifax o the later military disasters that saw him face the threat of execution by his own government and that compelled Voltaire to write of “a million regimented assassins” tormenting Europe o Cornwallis's death in exile on Gibraltar. Whether you see Cornwallis as the heroic founder of Halifax, or a genocidal tyrant who ruthlessly destroyed those who dared stand against him, you cannot deny his crucial role in Canadian history. This book presents the evidence of his life: it is up to the reader to make the final judgment.

The Life of Eddie Carvery