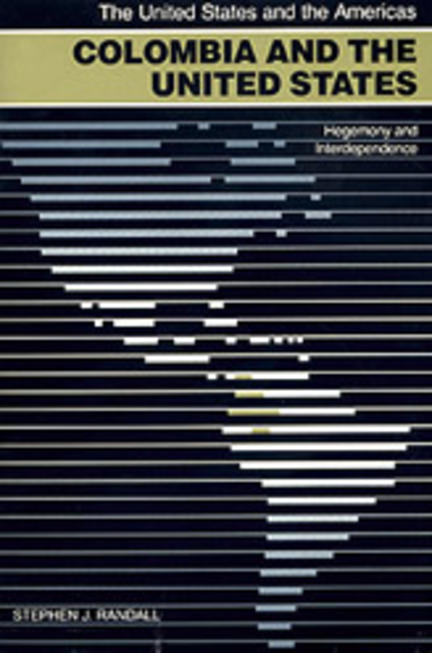 Strategically located at the gateway to the South American continent, Colombia has long been a key player in shaping the United States' involvement with its Latin American neighbors. In this book Stephen J. Randall examines the course of U.S.-Colombian relations over two centuries, taking into account the broad spectrum of political, social, cultural, and economic contacts that have figured in the interaction.

A leader in the movement for independence from Spain in the early nineteenth century, Colombia shared with the United States the aspiration of becoming a leader for the entire hemisphere. Its early efforts in this direction--notably its initiation in the 1820s of the first Pan-American Conference--soon languished, however, as the unequal growth between the two countries took its toll. By the turn of the century, after years of destructive civil war, Colombia had slipped far behind its northern neighbor militarily, economically, and politically. The United States, meanwhile, had emerged as a great power, and the first major manifestation of the two countries' divergence came with the U.S.-supported secession of Panama in 1903--an event that deeply shocked Colombians and tainted their view of the United States for subsequent generations.

During the twentieth century, Randall explains, a tension in Colombian politics and culture has persisted between those who advocate an independent, even antagonistic, stance toward the United States and those who propound a policy of realism that accepts Colombia's place as a middle, regional power within the U.S. orbit. For its part, the United States has continually failed to realize that Colombians, with their European intellectual heritage stretching back four hundred years, do not see themselves as an insignificant Third World nation. The result has been an often strained relationship, which Randall traces through two world wars, economic booms and depressions, the Cold War, and, finally, the present-day guerrilla conflicts and drug trade controversies.

Drawing on archival sources in both countries, many previously unused, this book is the first comprehensive overview in more than fifty years of the U.S.-Colombian relationship.

.A model of what might be termed 'balanced' diplomatic history. It draws upon archival sources from both nations, although it depends predominantly on the accessibility of a wide range of records in the United States. It concentrates on the politics and foreign relations of both nations—the traditional stuff of diplomatic history—yet includes significant attention to economic and cultural affairs. . . . And it adopts a normative stance toward its subject that consciously refuses to take sides, although it reveals, implicitly, an empathy for Colombian efforts to sustain national dignity and a degree of pragmatic independence in the face of growing United States power as the nineteenth and twentieth centuries progress. . . . The balance that results is highly rewarding and refreshing.”--Journal of American History