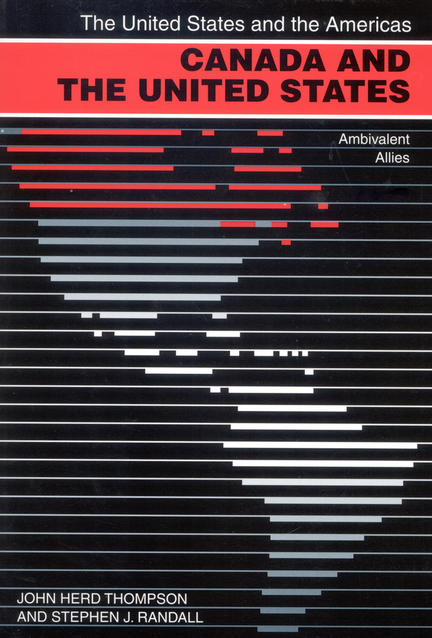 The authors argue that despite a shared continent and heritage, ambivalence has always characterized relations between the two countries-- an ambivalence stemming from differences that Americans underestimate and that Canadians overstate. Thompson and Randall begin with the century in which Canada was a pawn in the relations between the United States and Great Britain. They consider the years until World War II, during which Canada and the United States erected many of the bilateral institutions and mechanisms that govern their relationship in the twentieth century. The authors then explore the World War and Cold War alliance based on economic interest and shared anti-Communist that made Canada part of a "new American empire." The years from 1960 until 1984 most merit their sub-title Ambivalent Allies, as this continental consensus fragmented. In 1984 the relationship was restored as Canada's Conservative government embraced the United States with an ardor which stunned a Canadian body politic nurtured on the milk of anti-Americanism. Throughout CANADA AND THE UNITED STATES, the authors consider the economic and social dimensions of the relationship, from Canadian responses to the increasing weight of the U.S. cultural presence, to the archaic stereotypes in which Canadians and Americans understand each other. While Canadians have been obsessed with the United States, they conclude, Canada has been a matter of consuming disinterest to the United States public and to most of its leaders. Despite the oft-repeated platitudes about a "special relationship" between the two countries, the authors maintain that what is striking is the extent to which United States policy toward Canada conforms to U.S. policy toward the rest of the world. For its part, Canada's preoccupation with the United States has shaped Canadian national policies. Any apparent contemporary trend toward consensus and convergence between the United States and Canada, they conclude, must be viewed through the lens of two centuries of ambiguity and ambivalence. CONTENTS Introduction A Revolution Rejected, 1774-1871 Canada Encounters Industrial America, 1871-1903 Beginning a Bilateral Relationship, 1903-1918 The New Era, 1919-1929 Acquaintance to Alliance, 1930-1941 World War to Cold War, 1941-1947 Canada in the New American Empire, 1948-1958 The Moose that Roared, 1958-1968 The Ambivalent Ally, 1968-1984 Republicans and Tories, 1984-1992 Epilogue: "Plus Ça Change"

Other titles by John H. Thompson

Colombia and the United States