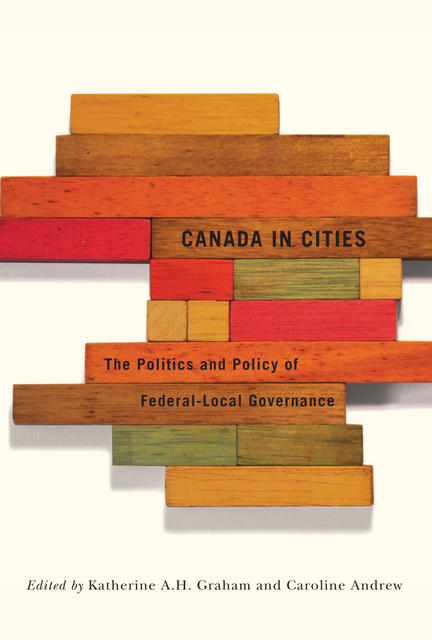 The federal government and its policies transform Canadian cities in myriad ways. Canada in Cities examines this relationship to better understand the interplay among changing demographics, how local governments and citizens frame their arguments for federal action, and the ways in which the national government uses its power and resources to shape urban Canada.

Most studies of local governance in Canada focus on politics and policy within cities. The essays in this collection turn such analysis on its head, by examining federal programs, rather than municipal ones, and observing how they influence local policies and work with regional authorities and civil societies. Through a series of case studies - ranging from federal policy concerning Aboriginal people in cities, to the introduction of the federal gas tax transfer to municipalities, to the impact of Canada's emergency management policies on cities - the contributors provide insights about how federal politics influence the local political arena. Analyzing federal actions in diverse policy fields, the authors uncover meaningful patterns of federal action and outcome in Canadian cities.

A timely contribution, Canada in Cities offers a comprehensive study of diverse areas of municipal public policy that have emerged in Canada in recent years.

Katherine A.H. Graham is professor of public policy and administration and senior advisor to the provost at Carleton University.Caroline Andrew is director of the Centre on Governance at the University of Ottawa.

Caroline Andrew is professor at the School of Political Studies and director of the Centre on Governance at the University of Ottawa. She co-edited Accounting for Culture: Thinking Through Cultural Citizenship (University of Ottawa Press, 2005).

Other titles by Katherine A.H. Graham

The Buck Stops Where?

The Conservatives Heading into the Stretch

Other titles by Caroline Andrew

Toward Equity and Inclusion in Canadian Cities

The Representation of Immigrants, Minorities, and Women