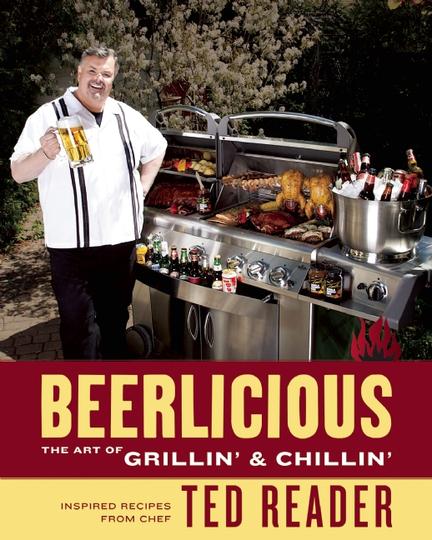 No matter how you enjoy it, whether it is hoisting a tall one in celebration, coifing a Pilsner on a hot summer’s day, or sampling a rare, casked, imported brew, beer is the most widely consumed alcoholic beverage on the planet. Paired with food, or used as an ingredient in recipes, beer adds depth and flavour to a wide range of dishes. Each beer presented in this visually stunning homage to hops has unique characteristics, and readers will learn how to appreciate the world’s most popular beverage in new ways. Featuring more than 100 brands ranging from craft and micro breweries to the bigger commercial labels, Beerlicious offers a host of gourmet ideas and beer-and-food pairings. Chef Ted Reader unleashes his unmatched creativity and innovation by customising the recipes within this book for each beer. Every recipe is accompanied by a full-colour photograph of the finished dish to demonstrate how beer-inspired food can be plated and served elegantly at home.

Mia Bachmaier is a food stylist and German trained chef and pastry chef. Her love for food came naturally, growing up in her family’s restaurant in Bavaria, Germany. Mia moved to Canada in 2000 has since worked as a chef, culinary instructor at Niagara College, recipe tester/developer and the food stylist for Anna Olson’s Food Network shows “Bake” and “Fresh”.

Mike McColl is a chef and food photographer. He cooked his way through Europe working with Michelin Star Chefs and through a full seasonal cycle at Inn on the Twenty in Jordan Station,  as well as two years at Rodney’s Oyster House in Toronto. When Mike is not cooking, you will often find him behind the camera shooting for commercial clients and authors. His photography has appeared in over 23 cookbooks (and counting).

TED READER is widely recognized as Canada’s most entertaining and engaging outdoor chef and BBQ personality. An award-winning cook, author and product developer, he was dubbed “King of the Q” by GQ magazine, which praised his talent for taking grilling to new heights. He is the grilling expert for Canada AM, and his television show, King of the Q Grilling Adventures, is broadcast on CTV. A native of Paris, Ontario, and a graduate of George Brown College’s Culinary Management program, Ted Reader now lives in Toronto. Reader has recently opened his first restaurant on the north shore of the Dominican Republic, Teddy’s Island BBQ, where everybody gets sticky. Visit www.kingoftheq.ca.

Other titles by Mike McColl

Over 125 easy recipes for your electric pressure cooker

Other titles by Ted Reader

The Art of Plank Grilling

Kissed by Fire, Licked by Smoke. With Plank

On Fire in the Kitchen

The King Of The Q Brings It Indoors

Hot Sticky And On Fire

More Passionate Delicious Recipes From The King Of The Q