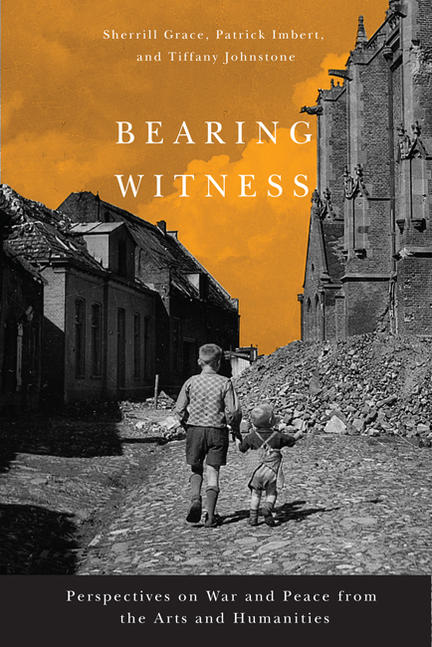 As the centenary of the Great War approaches, citizens worldwide are reflecting on the history, trauma, and losses of a war-torn twentieth century. It is in remembering past wars that we are at once confronted with the profound horror and suffering of armed conflict and the increasing elusiveness of peace. The contributors to Bearing Witness do not presume to resolve these troubling questions, but provoke new kinds of reflection. They explore literature, the arts, history, language, and popular culture to move beyond the language of rhetoric and commemoration provided by politicians and the military. Adding nuance to discussions of war and peace, this collection probes the understanding and insight created in the works of musicians, dramatists, poets, painters, photographers, and novelists, to provide a complex view of the ways in which war is waged, witnessed, and remembered.

A compelling and informative collection, Bearing Witness sheds new light on the impact of war and the power of suffering, heroism and memory, to expose the human roots of violence and compassion.

A Life of Sharon Pollock

Other titles by Patrick Imbert