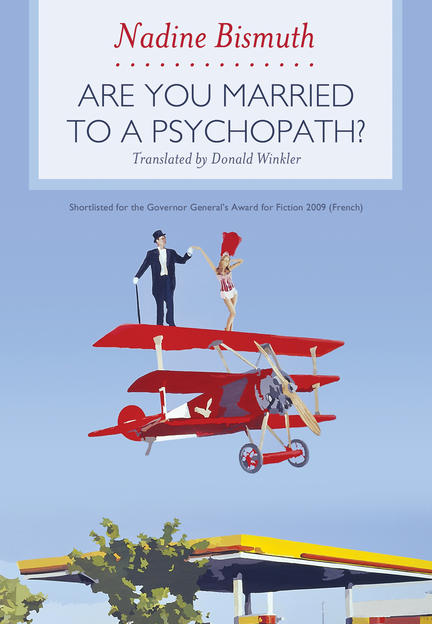 In this sparkling collection of stories, Nadine Bismuth treats us to a series of sharp, witty, but compassionate portraits of modern urban women torn between a desire for male companionship and the trials and tribulations of navigating couplehood in the real world. Not only Rebecca Leclerc, dissecting her now defunct relationship with an egocentric media star, but also Myriam, contending with her anxious dependence on a rich lover, Bénédicte and Rosalie, mulling over their status as singles in a Saturday night line-up for a trendy dance club, Caroline, with her acid, ironic, bemused take on her husband’s infidelity... and more. Bittersweet and hilarious, these tales confirm Bismuth as one of our most lively, entertaining, and intelligent observers of the contemporary social scene.

NADINE BISMUTH’s debut story collection, Fidelity Doesn’t Make the News, won the Prix de l’Association des librairies du Québec and the Adrienne-Choquette Literary Prize. She is the author of two previous novels, Scrapbook and Are You Married to a Psychopath?, the latter of which was nominated for a Governor General’s Literary Award. She has written for film and television, including En thérapie, the adaptation of the popular syndicated series In Therapy. Nadine Bismuth was born and lives in Montreal.

Other titles by Nadine Bismuth