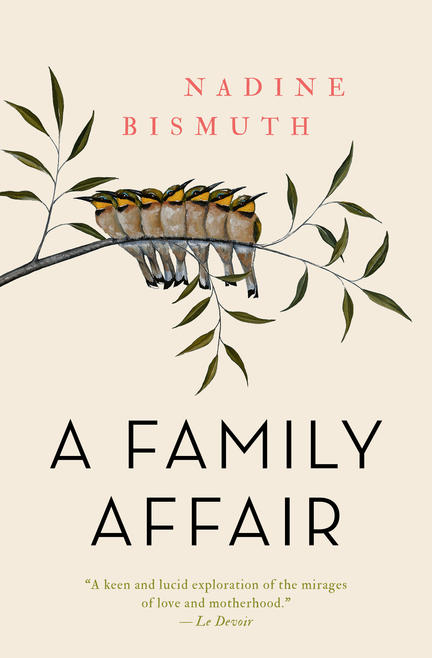 Award-winning novelist and screenwriter for film and television Nadine Bismuth has returned with an unsparing portrait of twenty-first century life. In A Family Affair, love is the first casualty and deceit — towards others, towards oneself — the norm.

Kitchen designer Magalie is being cheated upon and so cheats in turn, in the office and with a divorced police officer who has hired her. Her partner, Mathieu, has no idea how to be, and the police officer Guillaume no idea what he wants. So begins a story of messy relationships wrested against the odds from the detritus of failed marriages, the demands of professional lives, and the pull of the internet and its false messages of perfection. With an assiduous eye that is both clinical and sympathetic, Bismuth’s elegant and highly readable novel captures the alienating nature of contemporary life and sheds light on this, our strange new world full of unrequited yearning in a sea of seeming plenty.

NADINE BISMUTH’s debut story collection, Fidelity Doesn’t Make the News, won the Prix de l’Association des librairies du Québec and the Adrienne-Choquette Literary Prize. She is the author of two previous novels, Scrapbook and Are You Married to a Psychopath?, the latter of which was nominated for a Governor General’s Literary Award. She has written for film and television, including En thérapie, the adaptation of the popular syndicated series In Therapy. Nadine Bismuth was born and lives in Montreal.

Other titles by Nadine Bismuth

Are You Married to a Psychopath?