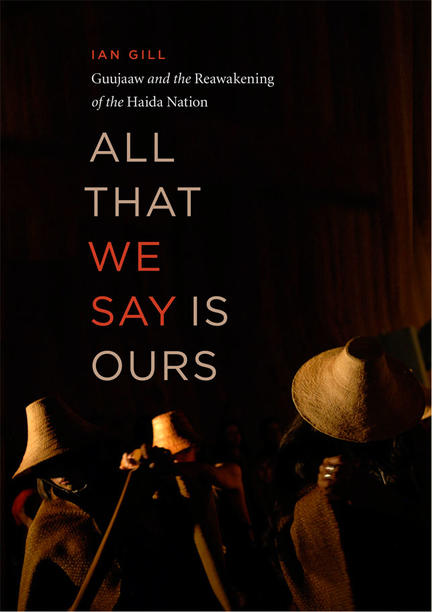 Haida Gwaii, also known as the Queen Charlotte Islands, is Canada's Galapagos, a West Coast archipelago famous for its wild beauty. It is also the ancient homeland of the Haida nation. In the 1970s, after decades of rapacious logging, the Haida joined forces with environmentalists in a high-profile struggle to save the islands. The battle found powerful expression through Giindajin Haawasti Guujaaw, the visionary artist, drummer and orator who would later become president of the Council of the Haida Nation.

The victories over logging interests are just one highlight in the Haida's epic, decades-long struggle to take back control of their own destiny. In 2004, they filed suit against British Columbia and Canada, laying claim to their entire traditional territory. Combining first-person accounts with vivid prose, Ian Gill captures the excitement of their struggle, from high-octane logging blockades to defiant legal challenges. Guujaaw's audacity, eloquence, tactical skills and deep knowledge of his homeland put him at the heart of the struggle, and this book reveals the extraordinary role he played in this incredible story.

In chronicling the Haida's political and cultural renaissance, Gill has crafted a gripping, multilayered narrative that will have far-reaching reverberations.

"This book will make you want to cheer, even as it raises your blood pressure." -- John Vaillant, author of The Golden Spruce

Ian Gill is a founding partner of Salmon Nation and former president of Ecotrust. He worked as a writer and broadcaster for CBC Television, where he won numerous awards for his documentary reporting. He lives on an island in the unceded territory of the Nuu-Chah-Nulth people on the west coast of British Columbia; and occasionally in Vancouver, where he is co-founder of the independent bookstore Upstart & Crow.

Other titles by Ian Gill

No News is Bad News

Canada’s Media Collapse—and What Comes Next