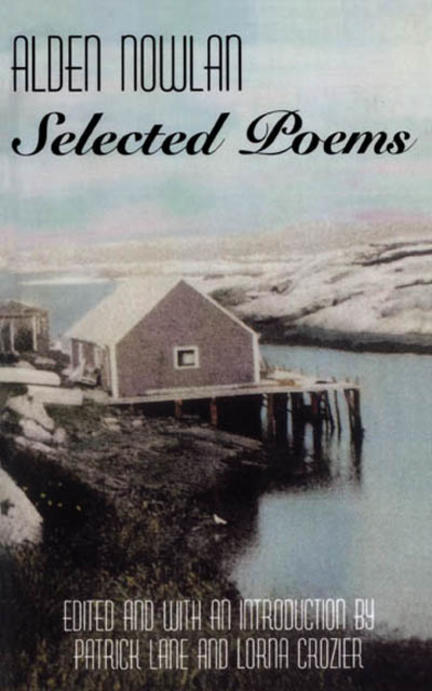 From the author of the award-winning The Sisters Brothers comes a dark, boozy, and hilarious tale from the LA underworld.

A nameless barman tends a decaying bar in Hollywood and takes notes for a book about his clientele. Initially, he is morbidly amused by watching the regulars roll in and fall into their nightly oblivion, pitying them and their loneliness. In hopes of uncovering their secrets and motives, he establishes tentative friendships with them. He also knocks back pills indiscriminately and treats himself to gallons of Jameson's. But as his tenure at the bar continues, he begins to lose himself, trapped by addiction and indecision. When his wife leaves him, he embarks on a series of squalidly random sexual encounters and a downward spiral of self-damage and irrational violence. To cleanse himself and save his soul, he attempts to escape . . .

Alden Nowlan (1933-1983) was born in Windsor, NS. Primarily self-educated, Nowlan worked as a newspaperman, and published poetry, plays, short stories, and novels. Writer-in-residence at the University of New Brunswick from 1969 to 1983, he was famous for the gatherings at his home, known as Windsor Castle. His awards include the Governor General's Award for Poetry in 1967 for Bread, Wine and Salt and a Guggenheim Fellowship (1967-68). Alden Nowlan: Selected Poems was published in 1996. The literary award for excellence for the province of New Brunswick is named in his honour. The annual Alden Nowlan Literary Festival in Fredericton honours his contribution to Canadian literature.

Other titles by Alden Nowlan

A Boy's Life of Napoleon