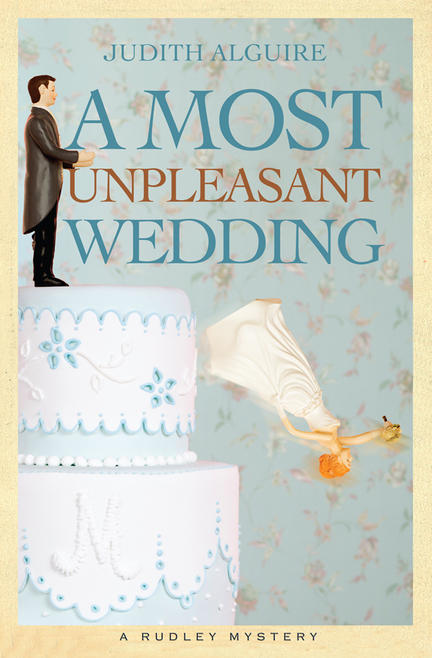 Another summer, and The Pleasant Inn is filled to capacity. This season is especially exciting, as perennial guests Miss Miller and her long-time admirer Mr. Simpson have chosen to marry at the Inn. The guests and staff are clamouring to be involved, particularly Bonnie Lawrence, a young wife adrift while her husband is off fishing. Margaret and Trevor Rudley are delighted to host the wedding, and barring Mrs. Lawrence's obsessive interfering, everything is set to go off without a hitch.

But when a neighbour is found dead in the woods behind the inn, the possibility of a joyous occasions starts looking distinctly less likely. Rudley barely tolerates the presence of the police, who are once again on site interviewing the guests as possible suspects. Detective Michel Brisbois is back, heading up the case, and even though she's prenuptially preoccupied, Miss Miller refuses to be left out from solving yet another murder at The Pleasant... much to her own peril.

Excerpt: A Most Unpleasant Wedding (by (author) Judith Alguire)

"You said you literally tripped over the body."

"I tripped over a stump."

"And that's when you noticed the body."

"Before that, did you hear anything?"

"A woodpecker. Then a grosbeak."

"I meant during the night. Something happened to that woman 150 yards from your campsite. You must have heard something."

Rudley scratched his head. "Something crashed through the underbrush at one point. Probably a deer. Margaret thought it was a bear. I'm sure it wasn't."

Brisbois made a note. "What time was that?"

"I'm not sure. Sometime after midnight."

"Could it have been a horse?

Rudley threw up his hands. "It could have been a zebra for all I know. It was dark. I woke from a sound sleep. I assumed it was a deer because there are quite a few up in the woods."

You wouldn't necessarily think of Canada as an automatic setting for a cozy mystery series. Yet that is what Judith Alguire has achieved and can in many ways be seen as a Canadian Agatha Christie or MC Beaton.