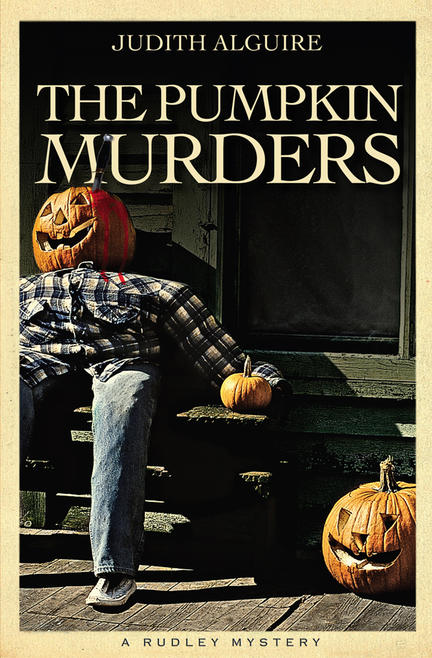 Autumn returns to Ontario cottage country. Leaves redden. Pumpkins ripen. And Trevor and Margaret Rudley, proprietors of the Pleasant Inn, expect nothing more than a little Halloween high jinks to punctuate the mellow ambiance of their much-loved hostelry. However, the frost is barely on the pumpkin when Gerald, an old female-impersonator friend of the Pleasant's esteemed cook Gregoire, turns up, dragging his very frightened friend Adolph behind. They've witnessed a drug deal in progress in Montreal and they're on the lam, hoping to blend into the Pleasant's pleasant rhythms until the heat is off. Alas, they hope in vain. The pumpkins in the patch suffer more violence than frost this autumn. And so do other living things.

As the bodies pile up, the intrepid Elizabeth Miller, lately returned from a round-the-world adventure, jumps into the homicidal fray, fully armed with her peculiar intuition, her maddening charm, and her devoted swain, Edward Simpson, who proves a useful fellow behind the wheel of a car. Detective Michel Brisbois, in the past bested by Miss Miller in rooting out unpleasantness at the Pleasant, finds himself racing -- quite literally -- to keep up with his amateur challenger. But, in this second volume of the Rudley mysteries, when the chips are down -- as they inevitably are -- it's the laziest creature on earth who ends up saving the day for the good and kindly -- and rather eccentric -- folk of Ontario's most peculiar country hotel.

Autumn is a wonderful time at the Pleasant. The air is crisp. The food is fabulous. Rudley provokes the guests and Margaret provokes Rudley. A glorious Halloween party is planned. Could someone spoil it? You'd want to murder anyone who did!

Chef Gregoire surveyed the sandwiches. "We have enough left over for some bedtime snacks. The children demolished everything I prepared for them." He snapped to attention. "What was that?"

Tim reached for a serviette and wiped his fingers. "One of our drunken patrons must have set off a firecracker."

As Tim reached for another meringue, another sharp report sounded.

Gregoire grabbed Tim's arm. "That was not a firecracker."

"You're probably right." Tim dropped the meringue and dove under the table.

"It's probably one of the boys from town," Tim said. "Maybe that idiot who murdered the pumpkins last year."

"You mean tipping cows is now out of fashion?"

"What should we do?"

Gregoire glanced toward the phone. "Which one of us is going to put our head over the table?"

"How about the short one with the tall hat?"

If a British-style "cosy" mystery usually resembles a stroll through the dark side of a park, The Pumpkin Murders is a 100-yard dash -- with attitude. Autumn in Ontario cottage country:scarlet colours, crisp evenings and morning frost -- with a female impersonator on the run and some very annoyed drug dealers. More than just pumpkins get smashed at the Pleasant Inn this Halloween. The same group of characters from Alguire's first mystery is back, including the owners of the Pleasant Inn, cops whose whistles are short of a full blast, vintage card-sharp aunties and murder victims. Snappish dialogue fuels the pace with good one-liners spicing up the tone and revealing a variety of gaudy characters and quaint settings. The Pumpkin Murders is a cheery resurgence of the British standby -- in Canadian style.

A Most Unpleasant Wedding