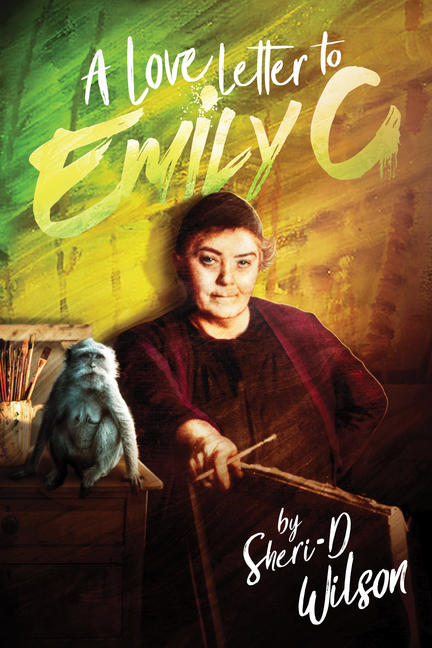 A Love Letter to Emily C, by Sheri-D Wilson, explores the life, times and milestones of Canadian icon and artist Emily Carr. Humorous and moving, this play is a dialogue between Carr and her monkey Woo, as Carr unravels her life

The "Mama of Dada"
Poet, film-maker, educator, producer, and activist Sheri-D Wilson has 7 collections of poetry; her most recent, Autopsy of a Turvy World (2008, Frontenac House). Her last collection, Re:Zoom (2005, Frontenac House), won the 2006 Stephan G. Stephansson Award for Poetry, and was shortlisted for the CanLit award. She has 2 Spoken Word CDs (arranged by Russell Broom), and 4 award-winning VideoPoems: Airplane Paula (2001), Spinsters Hanging in Trees (2002), Surf Rave Girrly Girrl (2004), and The Panty Portal (2008), all produced for BravoFACT.

Other titles by Sheri-D Wilson

The Book of Sensations

Woman Against Violence Against Women

Goddess Gone Fishing for a Map of the Universe

Inspiration from Poets who Teach

The Sweet Taste of Lightning