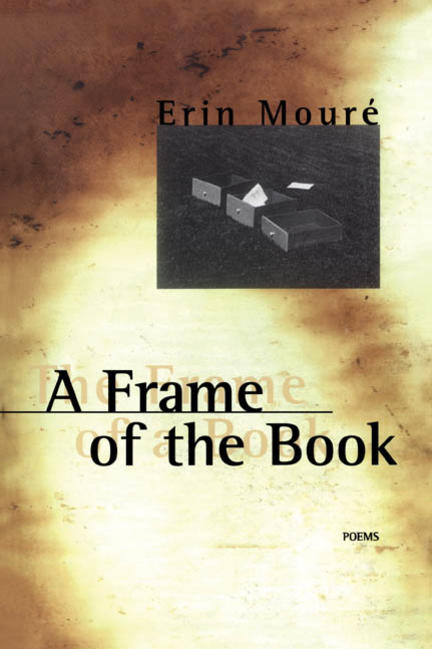 In this brilliant collection, Governor General's Award-winning poet Erin Moure tests the boundaries of tenderness, grace, speech, sexual feeling, and a book's ability to frame or hold the person.

With her typical wit and textual play, Moure breaks the codes of language to reveal the carnality and torsional power of words. Her lines and frames uncover shadow meanings, highlight syllables as marks, and expose the abrasion, erasure, gaps, and cries that infuse a wordliness in all acts, all human bearing.