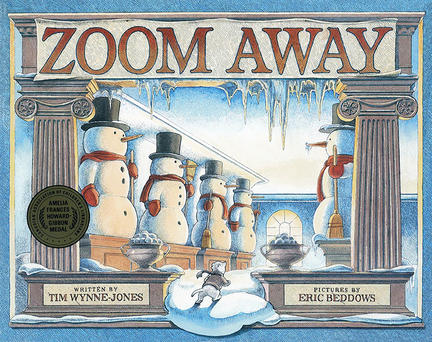 It's summertime and most cats are outside chasing butterflies. But not Zoom. He's at home knitting something warm to prepare himself for his latest amazing adventure.

With the help of the beautiful and mysterious Maria, Zoom sets off to the North Pole in search of his missing uncle, Captain Roy.

Eric Beddows is a renowned illustrator who has won many awards, including the Governor General's Award for The Rooster's Gift, the Amelia Frances Howard-Gibbon Award for the Zoom books, and the International Ezra Jack Keats Award bronze medal. He has also had numerous one-man shows of his artwork. He lives in Stratford, Ontario.

Other titles by Eric Beddows