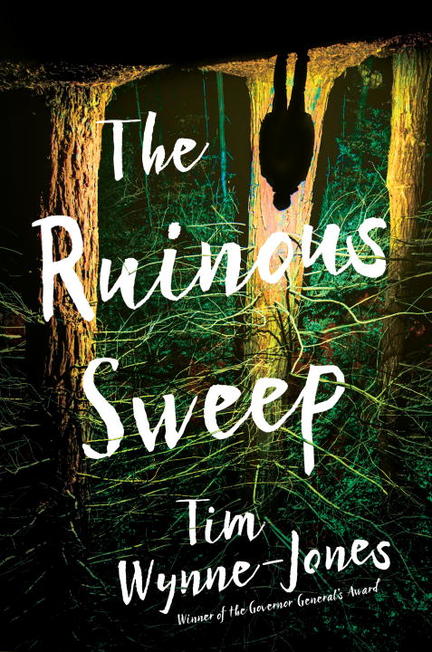 A rainy night. An empty highway. And no memory. From award-winning author Tim Wynne-Jones comes a riveting murder mystery that will keep readers enthralled until the last page.

On the night Donovan Turner is thrown out of a car on a highway in the middle of nowhere, he can barely remember his own name, let alone the past twenty-four hours. Where is he? Where is his girlfriend, Bee? In an attempt to flag down the next passing car, he startles the driver, causing a fatal accident. With sirens in the distance and the lingering feeling that he’s running from something — or someone — Donovan grabs the dead driver’s briefcase and flees. Meanwhile, Bee is fighting for Dono’s life every bit as much as he is. But when the police show up and hint that he is the prime suspect in a murder, Bee is determined to put together the pieces of what happened and clear his name. With echoes of Dante’s Divine Comedy, this harrowing journey through hell and back is a page-turning tale of guilt, retribution, love, and redemption.

Wynne-Jones cleverly employs elements of his trademark magical realism, and readers will enjoy making the connections between Bee’s discoveries and Donovan’s subconscious version of events; both versions are chilling. The courageous, clever Bee is a revelation, and her clear-eyed approach to finding the truth and her enduring love for Donovan, along with believably quirky characters and genuinely terrifying moments, will keep readers enthralled until the bittersweet finale.
—Publishers Weekly (starred review)

Taking inspiration from Dante’s Inferno, Wynne-Jones presents an ambitious novel that is grim and suspenseful to the end...Turn’s experience in purgatory (or maybe the environs of hell?) is harrowing and confusing, adding to this page-turner that explores loyalty, guilt, anger, and redemption. This murder mystery is highly recommended and would make for a great book-club read.
—School Library Journal (starred review)

The Ruinous Sweep is a feverish journey designed to make both the solution to and the mystery itself elusive. Unsettling and powerful, Wynne-Jones's work is intellectually and emotionally demanding and leads to a surprisingly strong catharsis.
—Shelf Awareness for Readers (starred review)

Readers will love putting together the puzzle pieces to figure out what is really going on here on multiple levels. Some may find the ending bittersweet, but the heart of the latest from the acclaimed Wynne-Jones (The Emperor of Any Place, 2015) is refreshing. A literary thriller with riveting characters, infused with just a touch of magical realism.
—Booklist

Wynne-Jones' writing is smooth and compelling, and certain images will likely linger in readers' minds...Suspenseful and complex, this will mesmerize readers patient enough to stick with it.
—Kirkus Reviews

With Dante’s allegorical journey to hell echoing throughout, this dark adventure tale begins with a teen, unsure of who he is or what has happened, being pushed out of a vehicle...the reader will be engrossed, like Bee, in unraveling the mystery and piecing together events as discovered by Donovan and Bee, who are both in increasing danger as they get closer to the truth.
—The Horn Book

Wynne-Jones brilliantly crafts this narrative, alternating between Donovan’s terrifying journey and Bee’s hospital vigil, fleshing out in glimpses the back story of Bee and Donovan’s love story, then turning full-throttle detective thriller as Bee starts her own investigation, putting together the pieces of Donovan’s ramblings with what she knows of his past. The suspense mounts as the novel reaches its pulse-pounding finale followed by a perfect, poignant postscript.
—Buffalo News

Ideal for teens and adults who seek out demanding reads.
—BayViews