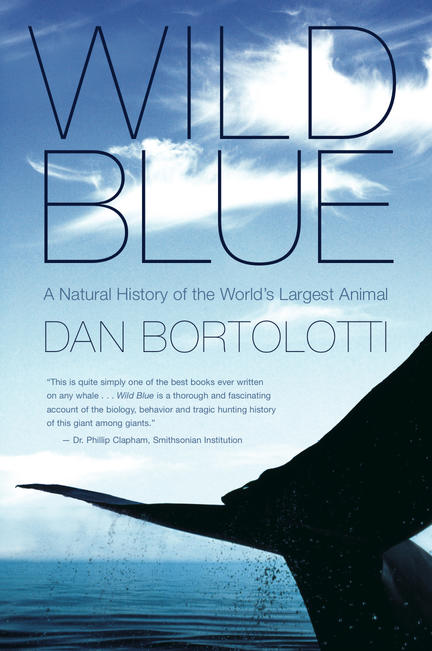 The blue whale is the largest creature that has ever lived—far heavier than even the most burly dinosaur. A big female can outweigh every player in the National Hockey League and Major League Baseball combined. Its mouth can gulp more than 50,000 litres of seawater. A newborn can be seven metres long and gain 18,000 kilograms in four months—about four kilos per hour. But the largest of all animals is also one of the least understood.

A hundred years ago, whalers learned just enough to find them, chase them down and blast them with grenade-tipped harpoons. Whalers in the Antarctic killed some 330,000 blues in just 60 years—less than the lifespan of an individual whale. The most majestic animals in the ocean were almost wiped out so humans could render them into margarine and soap. When the killing stopped in the late 1960s, there were so few blue whales left that most people believed extinction was a certainty. In the years that followed, however, humanity’s relationship with the species changed completely.

“Perhaps more than any single animal,” writes one conservationist, “the blue whale stimulated the resurgence of public interest in ecology.” Now, four decades later, scientists have learned an enormous amount about these whales. They can identify individuals through photographs and biopsies. They attach instruments to the whales’ bodies to study behviour that was once a complete mystery: how they dive, how they feed and where they migrate.

Underwater microphones listen in on the whales’ haunting, low-frequency calls, the most powerful sounds made by any animal. Researchers have answered many questions, but the blue whale does not give up its secrets easily. Equal parts history and science, Wild Blue is the first comprehensive portrait of the blue whale—a journey into the world of an animal that went to hell and is slowly making its way back.

Dan Bortolotti is the author of five previous books, including Hope in Hell, a portrait of Doctors Without Borders and the Nobel-winning humanitarian aid group.&nbsp He has twice been nominated for the Science in Society Book Award, given by the Canadian Science Writers’ Association.&nbsp His journalism has appeared in more than two dozen publications in North America, including Maclean’s, Saturday Night, and the National Post newspaper.&nbsp Bortolotti lives with his family in Aurora, Ontario, just north of Toronto.

Balancing comfortably on the cusp between popular and scientifically detailed narrative, Bortolotti (Exploring Saturn, 2003) summarizes our current knowledge concerning the blue whale. He engages readers with a smooth writing style and a storyteller’s easeful tempo, and his subject has an obvious wow factor. The blue whale is the largest, longest, heaviest and loudest animal inhabiting earth, capable of reaching 100 feet in length and 200 tons in Antarctic waters. Its story is tragic. Treated with mythopoetic awe by Pliny and in The Arabian Nights, blue whales would later be reduced to cakes of soap and bars of margarine. In the 20th century, hunters managed to kill 999 out of every 1,000 of the creatures off Antarctica.

“No human industry followed a more reckless, myopic pattern than whaling,” writes Bortolotti. The color and sting are good for his story, but the author is aiming for something more encyclopedic and so must make extended forays into the more nebulous world of scientific theories and the hard practice that structures those theories. Our understanding of the blue whale is neither broad nor deep. How old do they get? Do they have breeding and birthing grounds? How do they generate their spectacular sounds? How can they be measured? How many are there? To all such questions Bortolotti must reply, “no one knows for certain.” Which is not to say that plenty of researchers, a handful of whom receive cogent portraits here, are not hard at work developing means and recording data, though the whales’ natural attributes make study difficult. (They are fast, sink when dead and mostly live hundreds of miles offshore.)

There is some evidence that the blue whale is increasing its numbers. Still, the author notes, “each of the world’s blue whale populations faces a different suite of potential threats”—including continued hunting. A lively, thorough and judicious survey of the species Melville described as “uncertain, fugitive, half-fabulous.”

With prodigious research and lucid-- sometimes eloquent-- writing, Bortolotti tells three great stories in this book. First is the tragedy of how human greed and technological ingenuity came close to annihilating our planet's largest animal, turning hundreds of thousands of these majestic creatures into margarine, soap, pet food, fertilizer, and other industrial commodities. Second is an engaging mystery story, in which the author leads us deep into the living research of the modern scientific detectives who are attempting to understand these beings that only a few people can ever hope to glimpse. Finally is the coda, that shows us the interconnections between the future of the blue whale and our own species' roles on the blue planet.

H. Bruce Franklin, Author of The Most Important Fish in the Sea: Menhaden and America

Every whale species should be lucky enough to have a chronicler such as Bortolotti... He has the enviable knack for translating the jargon of biologists and complex scientific ideas into not just plain English, but enjoyable English. He is especially good at finding metaphors to make comprehensible what is otherwise not.

Wild Blue is a thoughtful and engaging journey- one that ambitiously sets out to document everything there is to know about the blue whale. With no shortage of scope, Bortolotti does manage to give the subject the depth it warrants, and does so with cohesion.

Dan Bortolotti tells the whales' story with lucidity and depth.

Wild Blue is not only about the awesome capabilities of this magnificent creature, it is also an important history of animal killing for profit and a reflection on the future of wild animals in a world dominated by man.

Wild Blue is worthy of its mighty subject. With an easy to read style, Bortolotti gives us a fascinating account of the history as well as the enduring mysteries of one of the world's most amazing creatures.

Eric Jay Dolin, Author or Leviathan: The History of Whaling in America

Most whale books turn into sagas. It's the nature of the beast. One could hardly expect anything lass from a book on the great blue whale. Don Bortolotti turns his considerable journalistic skills to chronicling the blue whale saga-- the animal hunted to near extinction and studied now with great passion by teams of researchers in the few pockets around the world where blues still roam. Spellbinding superlatives abound. Written with authority, insight, and compassion, Wild Blue reveals for the first time the big picture on the blue whale story.

Other titles by Dan Bortolotti

9 Steps to Successful Investing with ETFs

Boost your returns, grow your wealth

Everything you need to know to grow your wealth

Boost your returns and grow your wealth

Fire in the Sky

Inside the World of Doctors Without Borders