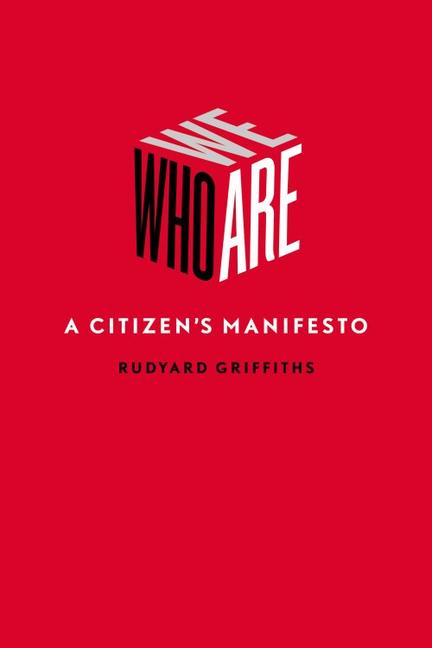 A passionate call for Canadians to take stock and reengage with our country and its values before we falter as a nation.

Canadians have come to embrace their country as a "postmodern state"-a nation that downplays its history and makes few demands on its citizens, allowing them to find their allegiances where they may -- in their region, their ethnic heritage or the language they speak. The notion of a national identity, with shared responsibilities and a common purpose, is considered out of date, even a disadvantage in a borderless world of transnational economies, resurgent regions and global immigration.

In this timely and provocative book, Rudyard Griffiths argues that this vision of Canada is an intellectual and practical dead end. Without a strong national identity and robust civic values, the country will be hard pressed to meet the daunting challenges that lie ahead: the social costs of an aging population, the unavoidable effects of global warming and the fallout of a dysfunctional immigration system.

What's needed is a rediscovery of the founding principles that made Canada the nation it is today, core values that can form a civic creed for our own times. In a passionate call to revitalize our shared citizenship, Griffiths reminds us of who we are, what we've accomplished and why a loyalty beyond the local and personal is essential for our nation's survival.

Rudyard Griffiths is the co-organizer and moderator of The Munk Debates. He is also the co-founder of the Dominion Institute and the co-director of the Grano Speakers Series. His writing has appeared in a variety of publications, including a bi-monthly column for the National Post. He is the author of Who We Are: A Citizen's Manifesto. He serves on the boards of the Stratford Festival, the Empire Club, and the Canadian Institute for Citizenship. In 2006, he was recognized by the Globe and Mail as one of Canada's "Top 40 under 40." He lives in Toronto.

"Who We Are's diagnosis of the postnational predicament is compelling, refreshing and highly relevant...While Who We Are doesn't present all the answers, it does us an enormous service by opening up the debate. Taking on myths might seem very un-Canadian, but in writing this book, Griffiths distinguishes himself as one of the very best Canadians of his generation."

"Who We Are: A Citizen's Manifesto isn't only about who we are but also about who, in Griffiths opinion, we ought to be."

"Who We Are is a bold and sometimes provocative book: while rejecting crude nationalism, Griffiths insists that multicultural Canada in a complicated, often volatile world is best served by a more robust idea of citizenship and a stronger allegiance to its traditions and institutions...it is...the starting point of a conversation that we can only ignore at our peril."

"In his new book Who We Are...Rudyard Griffiths challenges Canadians to rediscover the founding principals of Canadian nationhood and revitalize our sense of citizenship."

"A genuine cri de coeur...for a new and better Canada written by one of the brightest stars of the rising generation."

"A must-read for every Canadian concerned about where we are headed as a nation."

"In this provocative work, Griffiths argues that at this critical juncture Canadians need to rediscover our country's founding principles -- robust civic values and social solidarity -- so that we can create a movement of passionate citizenship, one which will keep us accountable not just to our neighbourhoods and cities, but to our country."

"An eloquent and hard-headed argument for reinventing a shared vision of what it means to be Canadian."

Other titles by Rudyard Griffiths

The Future of Capitalism

The World After COVID

The Munk Dialogues on a Pandemic

China and the West

The Rise of Populism

Can the World Tolerate an Iran with Nuclear Weapons?

The Munk Debate on Iran

101 Things Canadians Should Know About Canada

What Canadians Think They Know about the United States