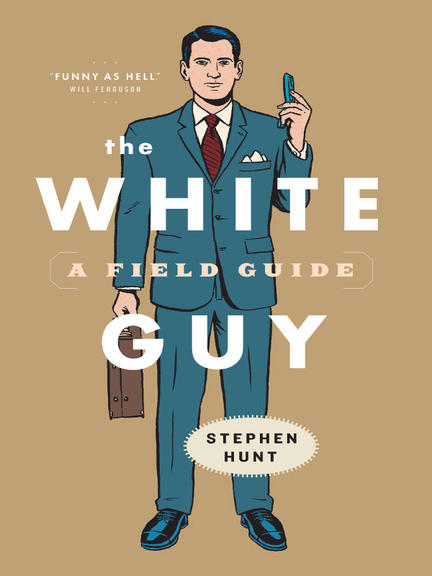 Meet the species that has ruled the world for the last 3,000 years (give or take the 7th century, and the Seventies).

Who dropped not one but two nukes, killing thousands of non-white guys? Who launched the biggest religious crusade of all time? Who has done more than their share of melting the ozone layer? Who stole rock 'n' roll and won't give it back? Yup: white guys.

Stephen Hunt is, and always has been, a white guy. But then he married Melanee, a black woman from Baltimore. Now as he plays with their African-Canadian son, he has started to realize he isn't the solution-he's part of the problem. In this tell-all expos , Hunt puts on his anthropologist's hat and looks at what makes white guys tick: how we dress (not very well, unless you dig khakis with denim shirts); how we communicate (coldly, at least with non-white guys); what we value (guns and being safe); and who we invite into our inner sanctums. His research has unearthed the 10 Whitest Songs Ever (A Whiter Shade of Pale, Play That Funky Music White Boy) and 10 Sports White Guys Still Play Better Than Anyone, If You Don't Count Tiger (golf, hockey, NASCAR and bass fishing).

The Court of the Air