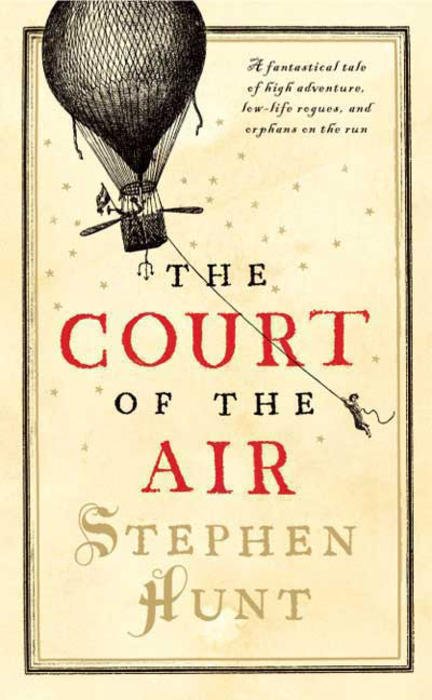 When streetwise Molly Templar witnesses a brutal murder at the brothel she has recently been apprenticed to, her first instinct is to run back to the poorhouse where she grew up. But there she finds her fellow orphans butchered, and it slowly dawns on her that she was the real target of the attack. For Molly is a special little girl, and she carries a secret that marks her out for destruction by enemies of the state.

Oliver Brooks has led a sheltered existence in the backwater home of his merchant uncle. But when he is framed for his only relative's murder he is forced to flee for his life, accompanied by an agent of the mysterious Court of the Air. Chased across the country, Oliver finds himself in the company of thieves, outlaws and spies, and gradually learns more about the secret that has blighted his life.

Soon Molly and Oliver will find themselves battling a grave threat to civilization, an ancient power thought to have been quelled millennia ago. Their enemies are ruthless and myriad, but the two orphans are also aided by indomitable friends in this endlessly inventive tale full of drama, intrigue, and adventure.

The Court of the Air is a rollicking adventure set in a fantastical Dickensian clockwork universe that will appeal to fans of Susanna Clarke and Philip Pullman.

“Hunt has packed the story full of intriguing gimmicks…the ‘steammen' and their refreshingly tender machine culture are affecting and original.” —Publishers Weekly

“An ultra supersonic speed Dickens fantasy thriller…put on your seatbelts for a frenetic cat and mouse encounter that includes some nasty paranormal adversaries as this is an exciting tale of two orphans trying to save the world from those who want Armageddon now.” —SFRevu