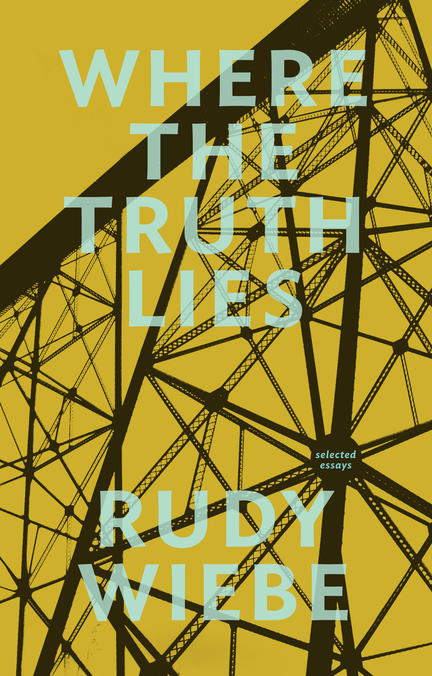 “The problem with writer longevity can be a complicating, even contradictory oeuvre. Hopefully.”

Where the Truth Lies collects forty years of essays and speeches that award-winning author Rudy Wiebe has crafted throughout his career. In this illuminating and wide-ranging selection, Wiebe provides a look behind the curtain, revealing his thought processes as he worked on many of his great books. Within this book, he dissects controversies that arose after publication of his early novels, meditates on words and their inherent power, explores the great Canadian North and the Canadian body politic, reckons with his family history and Mennonite faith, all while providing an engaging and enlightening commentary. Where The Truth Lies is a vital compilation of a writing life.

Praise for Where The Truth Lies
"Where The Truth Lies ... digs down into the mind and methodology of a figure whose books, without exception, deserve close attention and always repay the reader's effort."
~ George Fetherling, Quill & Quire
"It should find a permanent place on the bookshelves of the Western writer’s fans and indeed anyone curious about the terminal disease he calls 'Writeritis.'"
~ Sarah Murdoch, Toronto Star
"Wiebe's essays show us what literature and the arts can be and can do; they treat their topics with a high seriousness and moral purpose. He is an essential writer, a citizen of the northern prairie ... and required reading for any literate and engaged Albertan."
~ Ian MacRae, Alberta Views
"The sense of expansiveness imparted to the reader is drawn primarily from the utter vastness of Wiebe’s travels throughout Canada and into memories that are the genesis of his fiction and that have crafted his sense of identity."
~ Rachel Lallouz, Canadian Literature

A Mennonite Boyhood in the Boreal Forest