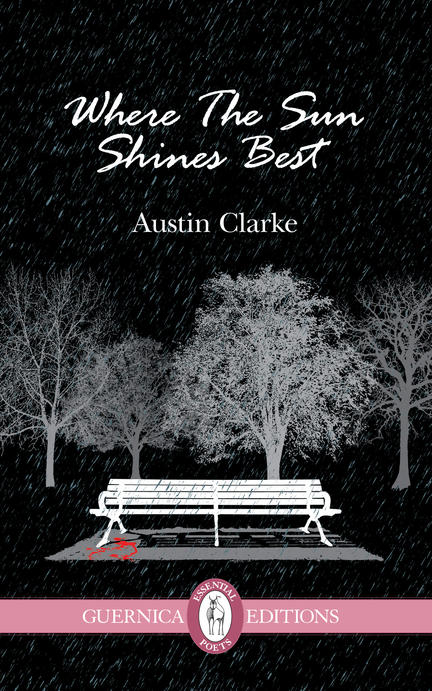 Three Canadian soldiers awaiting deployment to Afghanistan beat a homeless man to death on the steps of their armoury after a night of heavy drinking. The poet, whose downtown Toronto home overlooks the armoury and surrounding park, describes the crime, its perpetrators, the victim, and a cast of homeless witnesses that includes the woman, a prostitute, who first alerts police. The subsequent trial evokes reflection on the immigrant experience the poet shares with one of the accused, and on the agony of that young soldier's mother. From Kandahar to Bridgetown to Mississauga, Ontario, Where the Sun Shines Best encompasses a tragedy of epic scope, a lyrical meditation on poverty, racism and war, and a powerful indictment of the ravages of imperialism.

Over the course of a writing career that spans half a century, Austin Clarke’s transnational prose has beautifully encompassed issues of class, race, and the immigrant experience. Clarke has had a distinguished career as a novelist and short-story writer (his 2002 novel, The Polished Hoe, won the Scotiabank Giller Prize), but his latest, Where the Sun Shines Best, is his first work of poetry. Where the Sun Shines Best is a meditation on the terror that prevails when a city forgets the humanity of its forsaken denizens. Thematically, the text doesn’t represent much of a departure for the author, who revisits material arising from his own diasporic experience as a Barbadian-born Canadian writer. Clarke’s intimate take on long-form narrative poetry gently eases readers into the emotionally fraught subject of a grievous homicide, which occurred in the author’s own downtown Toronto neighbourhood of Moss Park. The story is based on the 2005 killing of Paul Croutch, who died at the hands of three inebriated Toronto reservists. The poem begins on a cold autumn night, when the narrator witnesses three soldiers beat a homeless man to death: “Molson’s draught beer gurgling in his head, losing / his balance, he led his two companions tied by the rope / of friendship, members of the same cult and secret society, / a brigade of violence.” From the comfortable distance that the text allows, readers may wonder why the narrator doesn’t intervene in the attack, but he is no hero in this tale, only a spectator, paralyzed in the moment, observing and fearful of forgetting the details: “I sit, / try to stand, and count the number of times / the pendulum of the boot takes aim and lands in the stomach / of the sleeping man. The victim in Clarke’s narrative departs this world without being mourned: “There are no cards of condolence, no memorial at any / of the three cathedrals that butt-and-bound the Moss Park / Armouries silent as the black wrought fence that circles it.” Clarke associates this anonymous death with past genocides in other parts of the world, giving renewed prominence to a man whose life has long been washed down the city’s sewers. Where the Sun Shines Best succeeds as a testimony of a shared experience, sensitively binding a single moment of brutality to a global history of oppression.