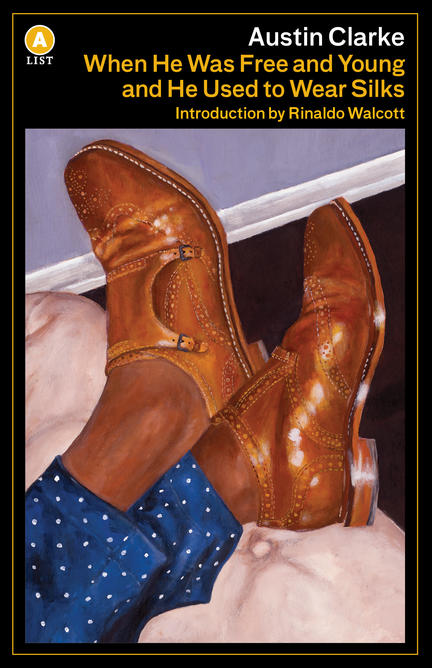 Now available after over four decades, the first collection of short fiction from bestselling author and Barbadian-born Canadian luminary Austin Clarke — winner of the Scotiabank Giller Prize, the Commonwealth Writers’ Prize, and the Trillium Book Award for his novel The Polished Hoe — is a vital, lyrical, and provocative exploration of the Black immigrant experience in Canada.

Originally issued in 1971, Austin Clarke’s first published collection of eleven remarkable stories showcases his groundbreaking approach to chronicling the Caribbean diaspora experience in Canada. Characters move through the mire of working life, of establishing a home for themselves, of reconciling with what and who they left behind — all the while contending with a place in which their bone-chilling reception is both social and atmospheric. In lyrical, often racy, and wholly unforgettable prose, Clarke portrays a set of provocative, scintillating portraits of the psychological realities faced by people of colour in a society so often lauded for its geniality and openness.

Rinaldo Walcott is an associate professor at OISE, University of Toronto. His research and teaching is in the area of black diaspora cultural studies with an emphasis on queer sexualities, masculinity and cultural politics. He is the author of Black Like Who (1997); he edited Rude: Contemporary Black Canadian Cultural Criticism (2000); and the co-editor Counselling Across and Beyond Cultures (2010).

Gives a convincing and compassionate picture of the life of these immigrants in Toronto set against the varied backgrounds of their West Indian life.

Powerful and probing. Situations may be cruel, reactions vulgar, but the vitality of the characters is mirrored by the style which shapes and moulds and becomes, from time to time, the theme itself.

Tremendously versatile in what he expresses, and exhilarating to read.

Other titles by Rinaldo Walcott

Policing, Prisons, and the Call for Abolition

Post-BLM and the Struggle for Freedom

Canadian Homonationalisms and the Politics of Belonging

Counseling across and Beyond Cultures

Exploring the Work of Clemmont E. Vontress in Clinical Practice