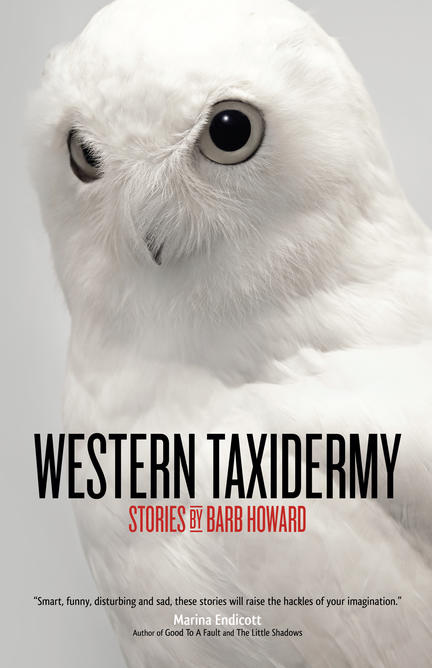 "Roadkill stuffed and presented as art, an OB/GYN appointment gone horribly wrong, and government spies with a weakness for salmon bagels and Timmy Ho’s. Tender, satirical, and occasionally absurd, Barb Howard’s new story collection Western Taxidermy is a perfect introduction to one of Western Canada’s most high-spirited literary voices.

Praise for Western Taxidermy
"Bizarre, disturbing, sad, hilarious and haunting. Howard's stories stir the reader's imagination."
~ The Prairie Journal
"Not only would I recommend reading it, I would recommend re-reading it not long after."
~ Herizons
"Grab it for a satisfying, thoughtful tease on your palate before we tumble headlong into snow season."
~ Bess Lovec, Billings Gazette