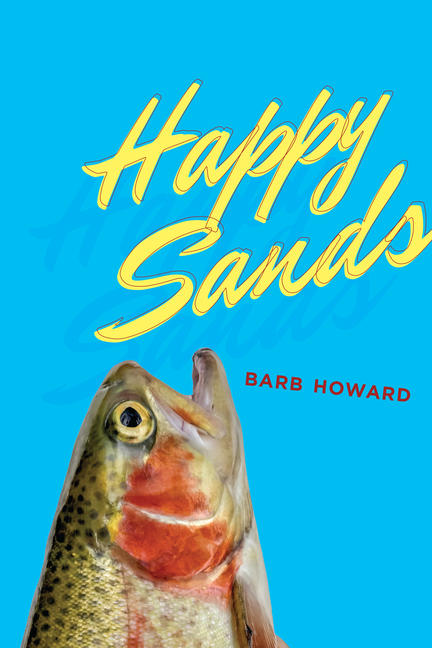 Ginny Johnson, her husband Martin, and their two kids, Alistair and Ruby, spend a week at Happy Sands Resort every summer. And it’s always perfect. Mostly perfect. It could be perfect. Probably.

This year, Ginny’s expectations are dashed again as Martin spends all his time sleeping, eight-year-old Ruby turns anything and everything into a competition, and teenage Alistair avoids the sun and his family. A series of elaborate beach pranks unfolds, and Ginny, alone and annoyed, starts drinking earlier in the day, lets her caustic wit run free, and picks up massage therapy work even though she’s supposed to be on vacation. This intimate access to the other residents of Happy Sands, especially the uber fit Dwayne Champion, provides both a much-needed distraction from the slow death of Ginny’s postcard holiday and a lens into the eccentric inner lives of the seasonal residents of the resort.

Full of humour, sharp observations, revealing massages, and surprisingly uncomfortable lawn chairs, Happy Sands is a highly entertaining and poignant story of summer vacation gone all-too-predictably wrong. From beach bonfires to the search for Moby Trout, the mythical monster fish of Cornflower Lake, this novel is for anyone who’s spent a disappointing day at the beach.