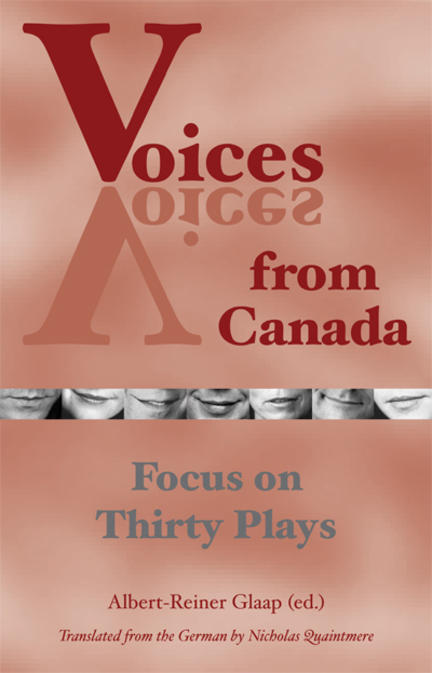 Each entry also includes:
â?¢ A summary of the playâ??s content.
â?¢ Background and commentary, providing information about the context of the play and the authorâ??s work, with tips about potential performances of the play.
â?¢ Useful lists of keywords, central themes and other plays written by the respective authors.

Albert-Reiner Glaap studied English Language and Literature, Latin, and Philosophy at the Universities of Cologne and London (Kingâ??s College), graduated from Cologne University and received a PhD from this university in 1955. He began his career as a teacher of English and Latin at secondary schools in DÃ¼sseldorf and Philadelphia. Since 1973, he has been Professor of English at Neuss and at Heinrich-Heine-University DÃ¼sseldorf.

His main fields of research have been English and Canadian literature, with special emphasis on theatre and drama; the methodology of teaching English literature at secondary school and university level; theory and practice of literary translation. Albert-Reiner Glaap has published numerous books and articles in all these fields.

He is also editor of some twenty annotated editions of English-language plays. In 1991 he was made an Honorary Officer of the Order of the British Empire (OBE) and has been an Honorary Member of the Playwrights Guild of Canada since 2006.

Albert-Reiner Glaapâ??s curiosity about Jewish culture was inspired by an incident in his childhood: "It was November 9th, 1938. Early in the morning my mother sent me to the neighbouring grocery shop to buy a pound of butter and a few other things. When in the shop, I heard the sound of windows being smashed, which made me dodge behind the counter. I was shocked. It was the â??Night of Broken Glass.â?? This moment instilled into me the urge to learn what Jewish culture is all about."

Other titles by Albert-Reiner Glaap

Works and Words of Writers and Critics

Other titles by Jerry Wasserman

Empire of the Son