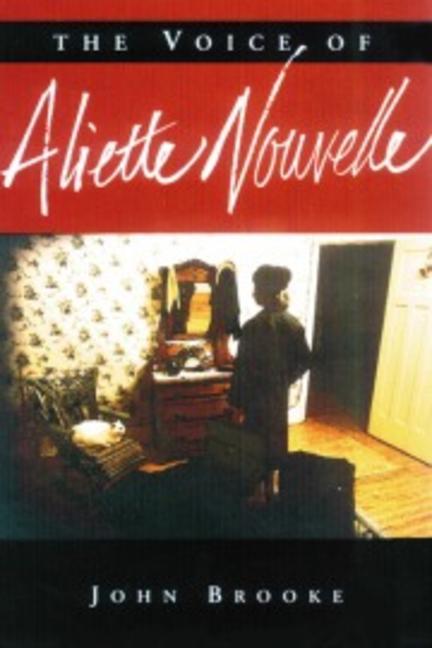 In his heyday, Jacques Normand was France's Public Enemy Number One, a glamorous rogue who captured the imagination of the entire country. As he led the police on a merry chase, he also made the career of Commissaire Louis Moreau, former head of the Paris Anti-gangs unit...now the commander of a small Police Judiciare force in a sleepy border town.

After escaping from prison, Normand fled Paris and has been neither seen nor heard from for more than ten years. And because the Normand file has lain dormant since before she joined the force, Inspector Aliette Nouvelle has naturally assumed that everyone's favourite outlaw is dead and the case closed. But one afternoon, Commissaire Moreau drops Normand's file on her desk. The Commissaire is convinced that Normand is still very much alive and in the vicinity. Find him, he commands Aliette. Bring him in. Put him away for good.

Aliette Nouvelle is a new heroine for the 90s—smart, single and intuitive, but more interested in quietly and non-violently getting the job done than in receiving front-page coverage for her sometimes unorthodox methods of crime-solving. She knows she is regarded as a rising star in the force and believes that her years of hard work and her excellent record are about to bear fruit. She senses, rightly, that the soon-to-retire Commissaire has chosen to pass the torch on to her. And so, although she remains skeptical, Aliette accepts his challenge. She sets out to dig up a forgotten hero. Her only clues are those she finds in the outlaw's out-of-print memoir, and in the gloomy face on a faded WANTED poster.

Thus the cat and mouse game begins, and what a chase it turns out to be!

There is not much of the macabre in this story, very little of the rude or violent. The mystery was mostly imaginary, a case of mistaken identities. But it was pivotal and bears telling. It happened in the second part of my life, when I was thirty-five. We were into the 90's and the world was changing. France was trying to, but it has always had such a reputation to uphold.

I'm from the west but I worked in the east, in a city on the Rhine. It was mid-sized and dull: museums dedicated to cars, fabrics, the railway and wallpaper—of all things. These places, however, reflected an ongoing prosperity down through the years and in those days auto manufacture, heavy machinery, chemicals and fertilizer served to keep most people working. Before being French, it had been part of the Swiss Calvinist enclave...a mural depicting the Virtues, on the terra cotta facade over the door to City Hall, bore witness to the pervading moral fibre. After that it was mainly a history of being traded back and forth between France and Germany (the place had been occupied and severely battered during the last war) and one could hear this heritage at every corner, where the Alsatian dialect paid unfelt homage to the erstwhile conquerors across the Rhine. I picked up a bit of it, but usually stuck to proper French. A civil servant ought to.

The offices of the Police Judiciaire were on the third (properly called Second) floor of a time-stained building in Rue des Bon Enfants in the heart of the old quarter. A pair of neo-classical columns guarded the door. One walked up eight wide stone steps to enter. The ground floor (back down again, but not quite to basement level) housed a small morgue; the "shop" where our two technicians known as the IJ or Identité Judiciaire kept their cameras, dusting materials and other devices for gathering physical evidence; a row of detention cells that were quiet and lonely; and a murky garage where two overworked mechanics called Joël and Paul did their best. Main and First floors belonged to the Urban Police: your basic police station, often a busy, clattery place. SU (Sureté Urbaine), headed by Commissaire Duque, handled the more or less straight-forward crimes: B&E's, hit and run's, hookers, petty drugs, people beating and sometimes even killing each other inside the home. If the robbery, abandoned pedestrian, purchased sex, drug deal or murder had wrinkles that could not readily be smoothed, the case was sent upstairs to a less hectic domain where our cadre of eleven PJ investigators also called the Criminal Brigade specialized in the full range of modern crime that ran from art theft to drug conspiracy, organized gangs to white collar fraud, and those violent crimes which tended toward terrorism. Mine was a corner office overlooking the cobblestone quadrangle. It was nothing special when it came to views, the quad having more or less completed its devolution from stately courtyard to trashy parking lot; but it got the sun at the end of the day, affording a richer quality of light which I have always enjoyed. In a pot on the file cabinet was a shamrock, in the process of flowering on the day this thing started; and on the walls my framed poster of a sweaty Johnny Hallyday playing outdoors in front of the Acadian fresco in Nantes, as well as two photos of that city's port. (Nantes being my home town).

I was preparing my report. I won't say I'm proud of it because there are lots who say it's a neurosis, but I have always been the intent and organized type when it comes to keeping track. I kept a jar of pencils on the corner of my desk, each of them absolutely sharp. I was reaching for one when there came a knock. "Oui...?"

The door opened revealing Louis Moreau, my Commissaire, coming to present me with another file. He was accompanied by one of my lesser-known colleagues, a gangly man prone to shaving rash named Claude Néon who spent most of his time with the anti-gangs group, bearing a whole stack of files. The boss stepped forward with that tight smile of his, and dropped a face on my desk: roughly shaven, double-chinned, clearly heading toward middle age...but with a jaunty, smirking attitude that made one notice. It was the face of Jacques Normand, stuck front and centre on a yellowed Wanted poster. I was not sure if reputations lapsed like driver's permits and love affairs, but I did recall the faded smile of France's former Public Enemy Number One.

Yes, yes, I knew Jacques Normand; anyone old enough to vote would have at least some acquaintance with the man. I had grown up hearing his name at my parents' dining room table. The less credible papers out of Paris had taken delight in splashing his brutal exploits all over their Sunday editions. Seeing him there at my finger tips made me remember the puzzling mixture of horror and adulation those stories brought forth from everyone including my parents and so many of the boys I had thought I liked...always odd the way my love could change just watching someone looking at a picture; because discussions of "our Jacques"—so dubbed by the breathless journalists—always seemed to make people shrink and become much less than they were. What was there to admire? The man was breaking the law and hurting people. But by the time I got to the Police Academy, le grand Jaki Normand had long since disappeared. Into Spain, perhaps, or back to Canada, where he had done some time, or maybe to hell, which must be where Public Enemies go after they leave this earth. Although there remained a few die-hard scribes who insisted on beating a dead horse, I had assumed as I began my career—if, indeed, I ever thought about it at all—that the Normand file was closed. Now here was le Commissaire, with a gleam in his eye as he handed me a picture of a ghost. "I remember him," I said, "he was a bad one."

"My dear Inspector, Jaki Normand was the worst. And the best. A remarkable man...the Carlylean great man! He affected people."

"You had dealings with him back in Paris?"

"Dealings? I had champagne!"

Champagne! That invoked an involuntary tightening. I braced myself. "Oh...really?"

"I tracked him, and put him behind bars twice. We drank together the second time I arrested him. He let me in the front door and we shared a glass together. No shooting that day; just champagne. In a perverse way Jacques Normand made my career. But he escaped again...and disappeared into the woodwork."

"Ten years. But time is not a consideration, Inspector. Not for someone like our Jacques or myself or for you."

"Me?" Yes; he was looking at me with that fondness again.

"You, Inspector. I believe you were born to the breed. He's all yours..."

All I could do was study the Wanted poster and try not to appear too dubious. I liked Louis Moreau, and owed much to his good advice and encouragement. "Monsieur Commissaire," I ventured after a suitable silence, "I'm flattered. But what if he's dead—or somewhere in a forest in Canada—or...with all respect, I would never call Jacques Normand a missing person"

"...but this is not really my kind of operation. I mean to say, I was trained for—"

"You were trained for this."

“ This book, by Montreal poet and filmmaker John Brooke, dropped into my lap and I was smitten: interesting premise, fascinating central character and good writing. In a sleepy French border town, Inspector Aliette Nouvelle is ready for more than ordering around local thugs. Then her boss drops a cold case on her, which might mean a promotion. Ten years ago, Jacques Normand escaped from a top-security prison. Now she must ferret him out. Poetic images, film stills and literary writing, none out of place.”