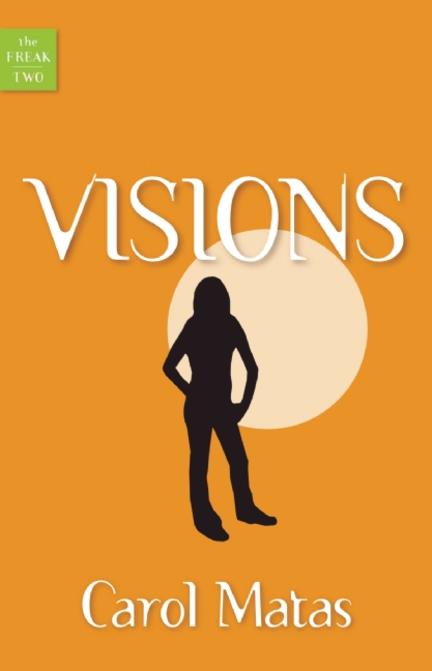 Jade is having nightmares. It's been a few months since the episode at the synagogue--a few months since she discovered her strange new "powers"--and she's pretty sure that a dream is no longer just a dream. Especially these dreams. How else do you explain seeing someone in your sleep who ends up on the front page of the morning paper--the victim of a murder? And what happens when one of the intended victims turns out to be someone a little too close to home? This time, Jade is more than willing to use her abilities to solve the murder. But will she figure it out in time?

Visions is the second in a planned trilogy about Jade, who was first introduced in Carol Matas’s The Freak in 1997. After a bout of meningitis, 15-year-old Jade discovers that she has psychic abilities. In the first book of the series (also being reissued by Key Porter), she manages to avert a bombing while struggling to deny her “gift.” In Visions, Jade has accepted her abilities but has to figure out what to do when she dreams about a murder – one that becomes very real. When her nightmares start again – this time with a new victim – she and the police have to work quickly.