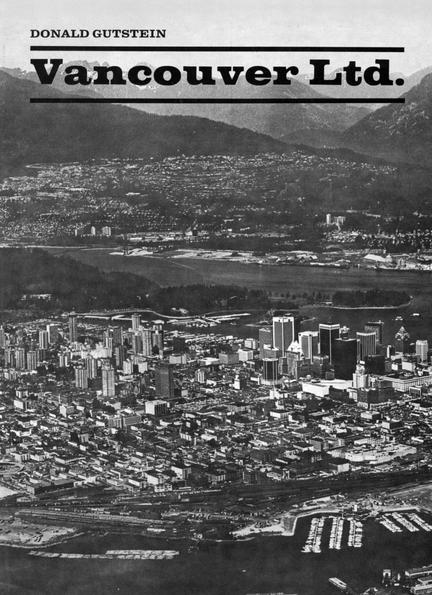 This classic book, first published in 1975, paved the way for Vancouverites to understand who runs their city and who owns it. It marks the start of Donald Gutstein’s lifetime career as a corporate researcher dedicated to the public interest, tracking the investors, entrepreneurs, and corporations earning riches from Vancouver’s valuable real estate.

It also stands as a leading early example documenting the links between the real estate and land development industry and the local politicians who run the city on their behalf.

In this book Donald Gutstein reveals the tangled web of corporate ownership and influence, family relationships and social contacts which held the Vancouver business establishment together in the 1970s – and readers 50 years later will recognize many names still familiar today.

Vancouver Ltd. offers a clear picture of the forces which have and are still determining the kind of city we live and work in.

DONALD GUTSTEIN teaches in the school of communication at Simon Fraser University and is the author of three acclaimed but controversial books: e.con: How the Internet Undermines, The New Landlords, Democracy and Vancouver Ltd. He has studied the media for more than ten years as co-director of Project Censored and NewsWatch Canada and has written many articles for magazines and online sites devoted to media and social policy. He lives in Vancouver, BC.

Other titles by Donald Gutstein

How Stephen Harper and his think tank colleagues have transformed Canada

Not a Conspiracy Theory