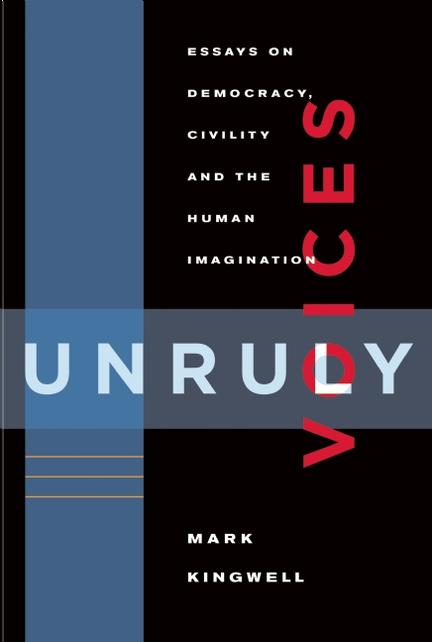 "Mark Kingwell is a beautiful writer, a lucid thinker and a patient teacher ... His insights are intellectual anchors in a fast-changing world." -Naomi Klein, author of No Logo

Meet the "fast zombie" citizen of the current world. He is a rapid, brainless carrier of preference-driven consumption. His Facebook-style elikes' replace complex notions of personhood. Legacy college admissions and status-seekers gobble up his idea of public education, and positional market reductions hollow out his sense of shared goods. Meanwhile, the political debates of his 24-hour-a-day newscycle are picked clean by pundits, tortured by tweets. Forget the TV shows and doomsday scenarios; when it comes to democracy, the zombie apocalypse may already be here.

Since the publication of A Civil Tongue (1995), philosopher Mark Kingwell has been urging us to consider how monstrous, self-serving public behaviour can make it harder to imagine and achieve the society we want. Now, with Unruly Voices, Kingwell returns to the subjects of democracy, civility, and political action, in an attempt to revitalize an intellectual culture too-often deadened by its assumptions of personal advantage and economic value. These 17 new essays, where zombies share pages with cultural theorists, poets, and presidents, together argue for a return to the imagination-and from their own unruly voices rises a sympathetic democracy to counter the strangeness of the postmodern political landscape.

"An original approach to where we are as a civilization."-The Washington Post

"The writing is elegant, often poetic. It appeals to the thoughtful reader who thrives on insights into the way humans interact."-The Globe & Mail