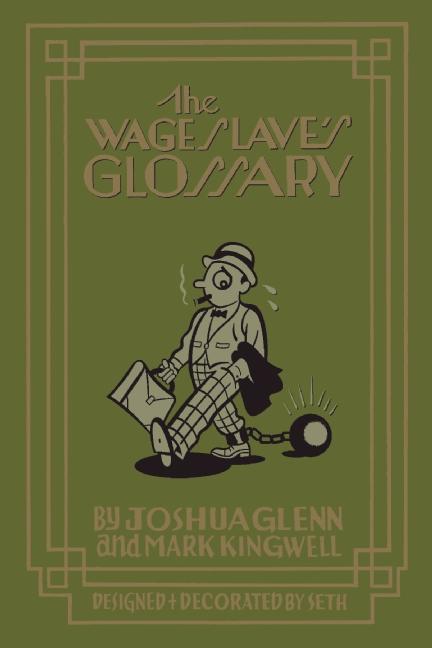 Joshua Glenn is an independent scholar and journalist. He writes a blog and a weekly column for The Boston Globe`s Ideas section; and he is the editor of Taking Things Seriously (2007), a book about 75 ordinary objects with extraordinary significance. In the 1990s, he published the journal Hermenaut. He lives and writes in Boston. Mark Kingwell is Professor of Philosophy at the University of Toronto and a contributing editor of Harper`s Magazine. He is the author of ten books of political and cultural theory, including the national bestsellers Better Living (1998), The World We Want (2000)), Nearest Thing to Heaven: The Empire State Building and American Dreams (2006) and, most recently, Concrete Reveries: Consciousness and the City (spring 2008). His articles on art, architecture and design have appeared in, among others, Harper`s, The Harvard Design Magazine, and The New York Times. A collection of his esays on art and philosophy, Opening Gambits, will appear in fall 2008.

Other titles by Joshua Glenn