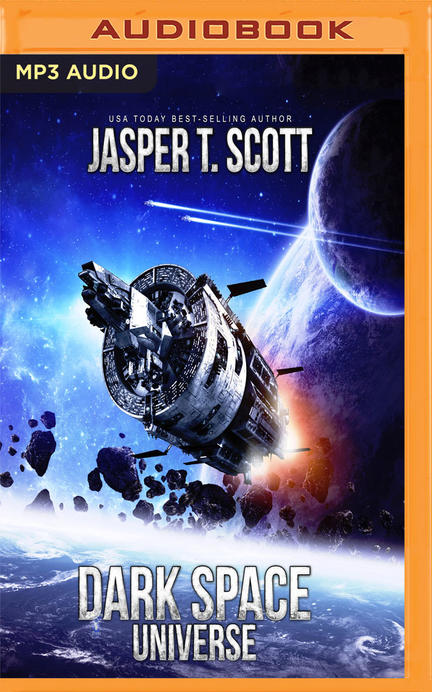 The universe is darker than we thought....

Lucien Ortane is a Paragon in the Etherian Empire. His job is to explore the universe and spread Etherian doctrines of peace, justice, and immortality to sentient beings everywhere. Like all Paragons and most citizens, Lucien believes that Etherus, the benevolent ruler of the empire, is exactly who he claims to be: the one true God and creator of the universe.

But not everyone is a believer. The Academy of Science circulates a petition to send a mission to the cosmic horizon and learn the true nature of the universe. Over a billion people sign it, and Etherus grants their request, but with a dire warning: Evil is lurking in the dark.

Undaunted by this warning, 300 million scientists from the academy prepare to leave the empire on what will be the longest and most incredible journey in history.

A small group of Paragons also join the mission, each of them for their own reasons. Lucien Ortane tells himself that he's going in order to settle other people's doubts and to keep a bunch of hapless scientists safe. After all, he's a Paragon, one of Etherus' most faithful servants.

Yet even the faithful have doubts. Is the universe infinite? Does it have an edge? Is it shaped like a sphere or connected like a torus? Did it need a creator, or does it cycle endlessly, god unto itself? These are the questions that the academy is trying to answer, but the answers they get could be their undoing. God or not, Etherus was telling the truth about one thing: Evil is lurking in the dark....

Other titles by William Dufris

A Pint of Murder

A Dismal Thing to Do

Trouble in the Brasses