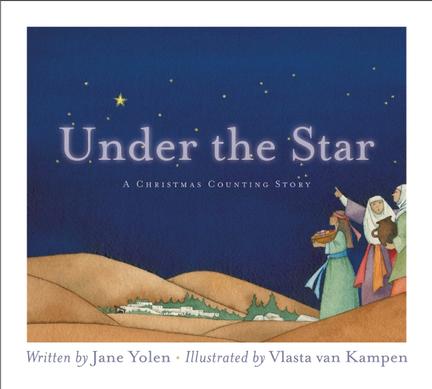 Under the star,
Under the star,
One angel sees,
A manger afar
So begins this charming Christmas counting tale from Jane Yolen. Written with the youngest reader in mind, and featuring the stunning artwork of Vlasta van Kampen, Under the Star is sure to find a place beneath many Christmas trees.