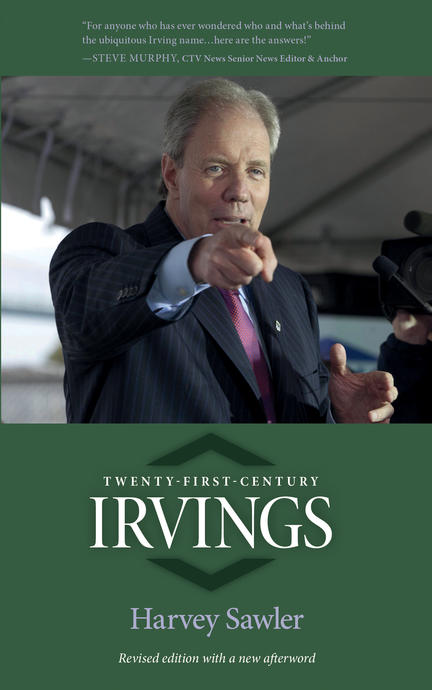 Three generations after the Irving family arrived in Canada from Scotland, the name K. C. Irving hit the Forbes top billionaires list, making K. C. one of the richest men in the world and the most powerful businessperson in Canada.

But there is much more to the Irving story than the fascinating and brilliant K. C. and his immediate legacy. Twenty-first Century Irvings takes a careful look at both the family foundations upon which this empire was built and the dozen or more individuals who, in the twenty-first century, constitute the future of this important business family.

A business story, a family story, and a Maritime story, Twenty-first Century Irvings is a book for anyone interested in or affected by the legendary Irvings of New Brunswick.

This new edition includes an afterword from the author about recent developments in the Irving family business.

.Harvey Sawler is the author of twelves books, including: Frank McKenna: Beyond Politics, Twenty-First Century Irvings, Last Canadian Beer: The Moosehead Story and Unforgettable Atlantic Canada. For five years he was a regular contributor to both SALTSCAPES and Progress magazines, covering a wide range of subjects involving business, entrepreneurship, culture, tourism and interesting personalities.

Other titles by Harvey Sawler

Put Your Hand in My Hand

The Spiritual and Musical Connections of Catherine and Gene MacLellan

The Lyric Life of Ron Hynes