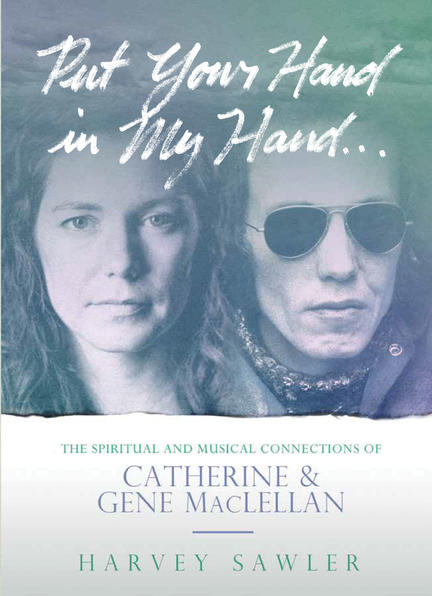 Put Your Hand in My Hand is the lyrical story of the relationship between one of Canada’s most beloved singer-songwriters and his daughter, a talented musical artist. Gene MacLellan’s contribution to the Canadian songbook is legendary. He penned top-forty hits, including “Snowbird,” “Bidin’ My Time,” and “Put Your Hand in the Hand,” and his compositions vaulted the careers of international stars such as Anne Murray. In 2004, his daughter Catherine, a Juno award winner and two-time ECMA winner, released her debut album to critical acclaim.

In this anticipated memoir, biographer Harvey Sawler paints an intimate portrait of Gene MacLellan, a complex man whose words and melodies left us wanting more than he was able to give before he took his life in 1995 at the age of fifty-six. He interviews Catherine, who lives, when not on tour, in a rural community on PEI. Catherine candidly addresses the issue of mental health and her father’s legacy. This book includes her own lyrics, family photos, and previously unpublished lyrics from Gene MacLellan’s journals, which give new insight into the enigmatic man. To flesh out this father-daughter portrait, Sawler interviews Catherine’s mother, Judith, as well as others, including Lennie Gallant.

.Harvey Sawler is the author of twelves books, including: Frank McKenna: Beyond Politics, Twenty-First Century Irvings, Last Canadian Beer: The Moosehead Story and Unforgettable Atlantic Canada. For five years he was a regular contributor to both SALTSCAPES and Progress magazines, covering a wide range of subjects involving business, entrepreneurship, culture, tourism and interesting personalities.

Other titles by Harvey Sawler

The Lyric Life of Ron Hynes