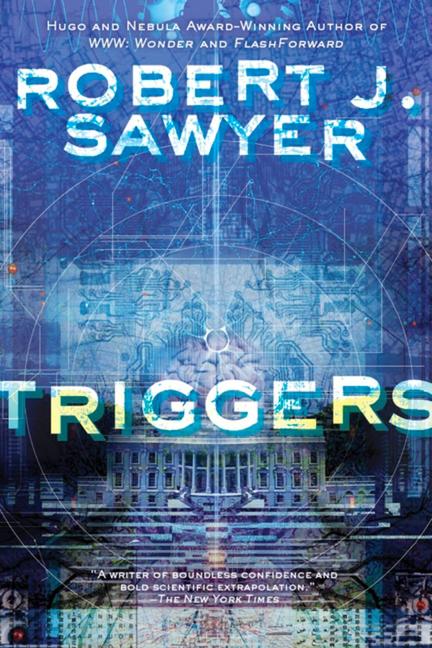 On the eve of a secret military operation, an assassin’s bullet strikes U.S. President Seth Jerrison. He is rushed to hospital, where surgeons struggle to save his life. At the same hospital, Canadian researcher Dr. Ranjip Singh is experimenting with a device that can erase traumatic memories. Then a terrorist bomb detonates. In the operating room, the president suffers cardiac arrest. He has a near-death experience—but the memories that flash through Jerrison’s mind are not his memories.

It quickly becomes clear that the electromagnetic pulse generated by the bomb amplified and scrambled Dr. Singh’s equipment, allowing a random group of people to access one another’s minds. And now one of those people has access to the president’s memories—including classified information regarding an upcoming military mission, which, if revealed, could cost countless lives. But the task of determining who has switched memories with whom is a daunting one, particularly when some of the people involved have reasons to lie …

“A turbo-charged techno-thriller…. Sawyer offers an escape from the recent run of near-future dystopias in a combination of classic and contemporary science fiction.” - Publishers Weekly

“One surprise after another…. Triggers is constantly gripping on the surface and seriously provocative deep down.” - The Wall Street Journal

“The Hugo and Nebula Award-winning author of Calculating God and the WWW Trilogy delivers a tense, race-against-the-clock adventure with a surprise ending. It should appeal to mainstream thriller readers as well as its target market.” - Library Journal

“Triggers has the hard-core military/political insights of Robert A. Heinlein, and the compassion of Theodore Sturgeon.” - Jonathan Vos Post