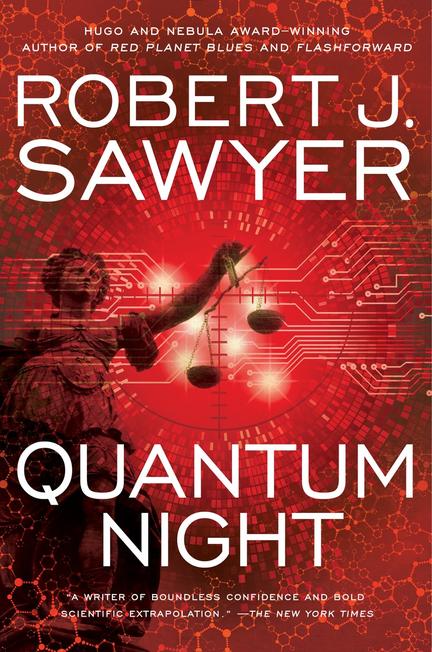 LONGLISTED FOR CANADA READS 2017
2017 AURORA AWARD FOR BEST NOVEL
Robert J. Sawyer has proven himself to be "a writer of boundless confidence and bold scientific extrapolation" (The New York Times). Now, the Hugo and Nebula Award-winning author explores the thin line between good and evil that every human being is capable of crossing...
Experimental psychologist Jim Marchuk has developed a flawless technique for identifying the previously undetected psychopaths lurking everywhere in society. But while being cross-examined about his breakthrough in court, Jim is shocked to discover that he has lost his memories of six months of his life from twenty years previously--a dark time during which he himself committed heinous acts.
Jim is reunited with Kayla Huron, his forgotten girlfriend from his lost period and now a quantum physicist who has made a stunning discovery about the nature of human consciousness. As a rising tide of violence and hate sweeps across the globe, the psychologist and the physicist combine forces in a race against time to see if they can do the impossible--change human nature--before the entire world descends into darkness.

"Cracking open a new Robert J. Sawyer book is like getting a gift from a friend who visits all the strange and undiscovered places in the world. You can't wait to see what he's going to amaze you with this time." --John Scalzi, Hugo Award-winning author of Lock In