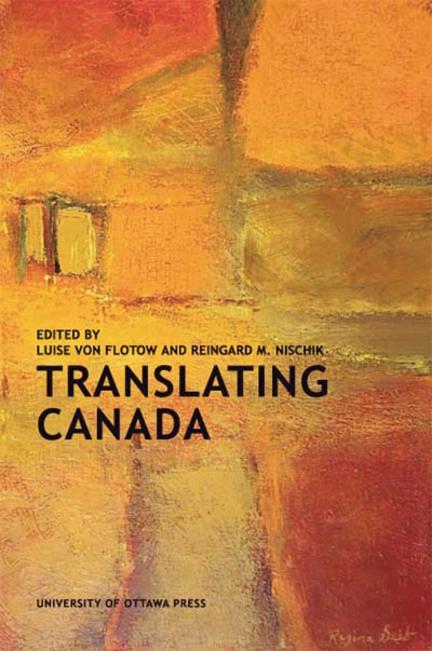 In the last thirty years of the twentieth century, Canadian federal governments offered varying degrees of support for literary and other artistic endeavour. A corollary of this patronage of culture at home was an effort to make the resulting works available for audiences elsewhere in the world. Current developments in the study of translation and its influence as cultural transfer have made possible new assessments of such efforts to project a national image abroad.

Translating Canada examines cultural materials exported by Canada in addition to those selected for acquisition by German publishers, theatres, and other culture brokers. It also considers the motivations of particular translators and the reception by German reviewers of works by a wide variety of Canadian writers -- novelists and poets, playwrights and children's authors, literary and social critics. Above all, the book maps for its readers a number of significant, though frequently unsuspected, roles that translation assumes in the intercultural negotiation of national images and values.

The chapters in this collection will be of value to students, teachers, and scholars in a number of fields. Informed lay readers, too, will appreciate the authors’ insights into the different ways in which translation has contributed to German reception of Canadian books and culture.

Luise von Flotow has published literary translations from German and French since the 1980s. Her interest in Christa Wolf and the re-translation of Der geteilte Himmel stems from her family background (origins in the northeast of Germany), extensive research and travel in East Germany (1986-1990), and the discovery and study of the existing translation (Divided Heaven 1965, Seven Seas Verlag, East Berlin.)

"This edition is proof that multicultural, interdisciplinary, and international research on 'translating Canada' is a worthwhile and successful endeavor."
- American Review of Canadian Studies

“Translating Canada is a revealing and compelling book: it has literary-critical and sociological value, and it speaks beyond the mechanics of the Canada–Germany cultural transfer to draw a fascinating multifaceted portrait of how Canada is perceived through a German lens.”
- The Year’s Work in English Studies

Other titles by Luise von Flotow

They Divided the Sky

A Novel by Christa Wolf

Gender and Translation in the 21st Century

Gender and Translation in the 21st Century

The Politics of Translation in the Middle Ages and the Renaissance

Translating in the 'Era of Feminism'

The Works of Margaret Atwood