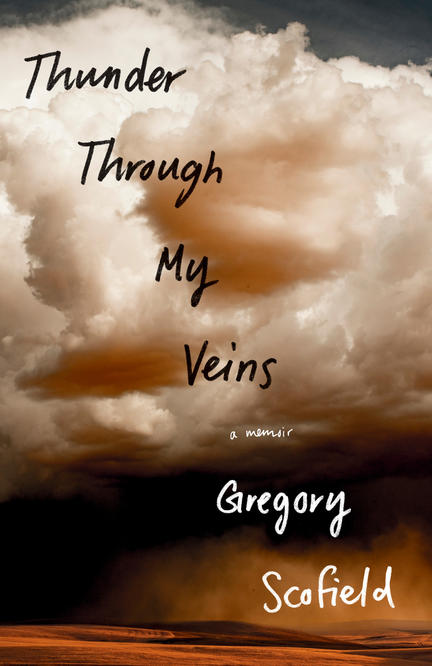 Gregory Scofield's Thunder Through My Veins is the heartbreakingly beautiful memoir of one man's journey toward self-discovery, acceptance, and the healing power of art.

Few people can justify a memoir at the age of thirty-three. Gregory Scofield is the exception, a young man who has inhabited several lives in the time most of us can manage only one. Born into a Métis family of Cree, Scottish, English and French descent but never told of his heritage, Gregory knew he was different. His father disappeared after he was born, and at five he was separated from his mother and sent to live with strangers and extended family. There began a childhood marked by constant loss, poverty, violence and self-hatred. Only his love for his sensitive but battered mother and his Aunty Georgina, a neighbor who befriended him, kept him alive.
It wasn't until he set out to search for his roots and began to chronicle his life in evocative, award-winning poetry, that he found himself released from the burdens of the past and able to draw upon the wisdom of those who went before him. Thunder Through My Veins is Gregory's traumatic, tender and hopeful story of his fight to rediscover and accept himself in the face of a heritage with diametrically opposed backgrounds.

Gregory Scofield is one of Canada's leading Aboriginal writers whose five collections of poetry have earned him both a national and international audience. He is known for his unique and dynamic reading style that blends oral storytelling, song, spoken word and the Cree language. His maternal ancestry can be traced back to the fur trade and to the Metis community of Kinosota, Manitoba, which was established in 1828 by the Hudson's Bay Company. His paternal ancestry is Jewish, Polish and German that is reflective of the immigrant experience to Canada at the turn of the century. His poetry and memoir, Thunder Through My Veins (HarperCollins, 1999) is taught at numerous universities and colleges throughout Canada and the U.S., and his work has appeared in many anthologies. He was the subject of a feature length documentary, Singing Home The Bones: A Poet Becomes Himself (The Maystreet Group, 2007) that aired on CHUM TV, BRAVO!, APTN, and the Saskatchewan Television Network. He has served as Writer-in-Residence at the University of Manitoba and Memorial University of Newfoundland. His latest collection, kipocihkan: Poems New & Selected (Nightwood) and the re-publication of I Knew Two Metis Women, along with the companion CD (Gabriel Dumont Institute) will be released in spring 2009. As well, his third collection of poetry, Love Medicine and One Song will be re-released by Kegedonce Press in 2009. He currently lives in Maple Ridge, B.C.

"Gregory Scofield is the literary uncle to all of Indigenous Lit. . . . The return of Thunder Through My Veins marks an important shift in thinking about the cyclical nature of how our stories weave through time." —Joshua Whitehead, author of Jonny Appleseed
"It's impossible to read Thunder Through My Veins and not be moved by Gregory Scofield's story and transported by his powerful and widely-admired prose. . . .  Gregory Scofield can write. He tells his story with a simple yet engaging honesty that doesn't ask for sympathy or even understanding. And—yet—somehow the reader can't help but offer both. Like the tree that grew in Brooklyn, Scofield has grown against impossible odds to offer hope to any that might be following." —January Magazine

Other titles by Gregory Scofield