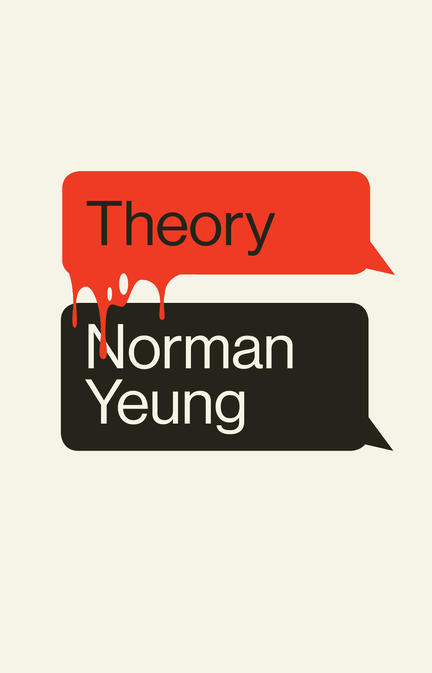 Is there a limit to free speech? Who gets to decide?

Isabelle’s film theory students are stunned that she would open an unmoderated online discussion group to complement a controversial syllabus. Her intention was for them to learn from each other, but when an anonymous student starts to post racist comments and offensive videos on the forum and others challenge Isabelle’s methods, she is forced to decide whether to intervene or to let the social experiment play out. But the posts soon turn abusive and threatening to Isabelle’s relationship with her wife, Lee, causing her to take matters into her own hands.

In this thrilling exploration of the intersections and divisions within liberalism, a young tenure-track professor finds herself in a high-stakes game of cat-and-mouse that has her questioning her beliefs and fighting back for her life.

Norman Yeung is a writer, actor, and visual artist. His play Theory won the Voaden Prize and was nominated for the Carol Bolt Award. Pu-Erh received four Dora Mavor Moore Award nominations, including Outstanding New Play, and was a finalist for the Voaden Prize. Other plays and performance pieces include The Zoonotic Story (Stratford Festival/National Arts Centre), I Know I’m Supposed to Love You (Touchstone Theatre), Deirdre Dear (LaBute New Theater Festival, St. Louis), In this moment. (Scotiabank Nuit Blanche), and Black Blood (Tapestry New Opera Showcase, with composer Christiaan Venter). Theory and Ms. Desjardins were recorded as radio drama podcasts for PlayME from CBC Podcasts. Norman was a playwright in residence at Outside the March, and has been a member of playwright/creator units at the Stratford Festival, Tarragon Theatre, fu-GEN Theatre Company, Tapestry Opera, and Canadian Stage. As an actor he has worked with the Stratford Festival, the Royal Manitoba Theatre Centre, Canadian Stage, Theatre Calgary, the Citadel Theatre, Thousand Islands Playhouse, LA Opera, Theatre Conspiracy, Vancouver Asian Canadian Theatre, Firehall Arts Centre, Gateway Theatre, and many more. Among his many roles in film and TV, favourites include Resident Evil: Afterlife and Todd and the Book of Pure Evil. He holds an Honours B.F.A. in Film from Ryerson University and a B.F.A. in Acting/Theatre from the University of British Columbia. Norman was born in Guangzhou and divides his time between Los Angeles, Toronto, and his hometown of East Vancouver, on the traditional and unceded territory of the Coast Salish peoples.

“Masterfully tackles power dynamics, privilege, bias, and the tension between freedom of speech and oppression . . . prepare for a heated discussion, because Theory gets an A for stimulating difficult but important conversation.”

“Timely in its recognition of alt-right backlash, Theory reminds us of the inevitable pendulum backswing on progressive sociopolitical change.”

"[Theory] is admirably ambitious as it works through layers of complexity.”

“A frequently dizzying and extremely entertaining interrogation of the ways in which academia can become a hotbed for practical and theoretical implosion . . . it is a densely written, challenging piece of theatre.”