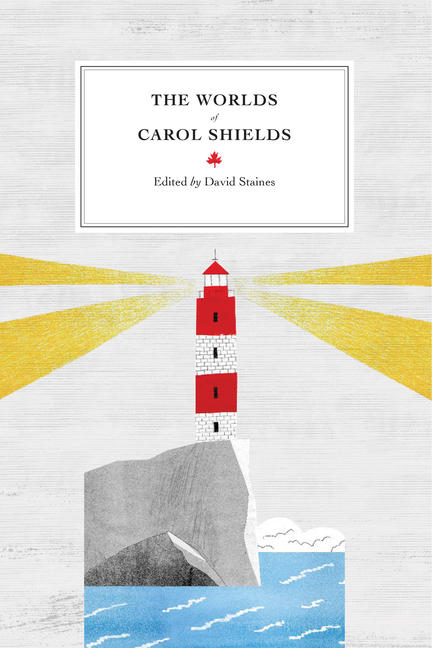 "Carol was a very fine writer and a remarkable human being, a wonderful person whose work I closely followed for more than 20 years. I interviewed her frequently over those years, with virtually every work she produced —novel, radio drama, play, book of stories. So I had a good sense of the span of her work and also her evolution as a stylist. But the key reason I wanted to make a book focusing on her life and work is that we were friends." —Eleanor Wachtel

This book strikes the right balance between intimate accounts and literary analysis. It opens with reminiscences by close friend Eleanor Wachtel, which are followed by a study of Shields’ poetry by her daughter and grandson, then by various aspects of her fiction, including a detailed examination of her plays. It closes with reminiscences by four close friends: Jane Urquhart, Joan Clark, Wayson Choy and Martin Levin.

Professor of English at the University of Ottawa, David Staines specializes in medieval literature and culture and Canadian literature and culture. In the former, he has published Tennyson’s Camelot: The Idylls of the King and Its Medieval Sources, and translated The Complete Romances of Chrétien de Troyes; in the latter, he published The Canadian Imagination: Dimensions of a Literary Culture, The Forty-Ninth and Other Parallels: Contemporary Canadian Perspectives, and The Letters of Stephen Leacock. He has also edited volumes on Morley Callaghan, Stephen Leacock and Margaret Laurence, and co-edited volumes of the writings of Northrop Frye and Marshall McLuhan. A long-time friend of Carol Shields, he wrote Carol Shields: Cultural Context, a part of Library and Archives Canada’s Web exhibition Canadian Writers.

Most of the 23 pieces in this collection were presented at a conference celebrating the work of Shields at the University of Ottawa in 2012. (...) These pieces wrap the collection in a quilt of affectionate memory of Carol Shields as a person, teacher and a friend that will be a necessary comfort for the non-academic reader of the book (...). Scholars will be grateful for the essays in this collection. Readers are advised to treat the book as a companion to a rereading of Shields oeuvre (...).

Other titles by David Staines

The Idylls of the King and its Medieval Sources

My Financial Career and Other Follies