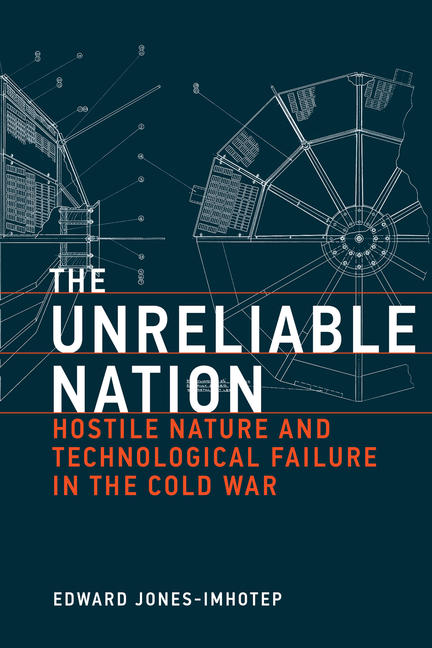 An examination of how technological failures defined nature and national identity in Cold War Canada.

Throughout the modern period, nations defined themselves through the relationship between nature and machines. Many cast themselves as a triumph of technology over the forces of climate, geography, and environment. Some, however, crafted a powerful alternative identity: they defined themselves not through the triumph of machines over nature, but through technological failures and the distinctive natural orders that caused them. In The Unreliable Nation, Edward Jones-Imhotep examines one instance in this larger history: the Cold War–era project to extend reliable radio communications to the remote and strategically sensitive Canadian North. He argues that, particularly at moments when countries viewed themselves as marginal or threatened, the identity of the modern nation emerged as a scientifically articulated relationship between distinctive natural phenomena and the problematic behaviors of complex groups of machines.

Drawing on previously unpublished archival documents and recently declassified materials, Jones-Imhotep shows how Canadian defense scientists elaborated a distinctive “Northern” natural order of violent ionospheric storms and auroral displays, and linked it to a “machinic order” of severe and widespread radio disruptions throughout the country. Tracking their efforts through scientific images, experimental satellites, clandestine maps, and machine architectures, he argues that these scientists naturalized Canada's technological vulnerabilities as part of a program to reimagine the postwar nation. The real and potential failures of machines came to define Canada, its hostile Northern nature, its cultural anxieties, and its geo-political vulnerabilities during the early Cold War. Jones-Imhotep's study illustrates the surprising role of technological failures in shaping contemporary understandings of both nature and nation.

Edward Jones-Imhotep is Associate Professor of History of Science and Technology at York University.

Winner of the Society for the History of Technology's Sidney M. Edelstein Prize, 2018

Other titles by Edward Jones-Imhotep

Science and Technology in Canadian History